Posted on November 17, 2011 by The Extinction Protocol 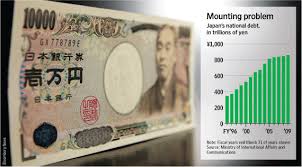 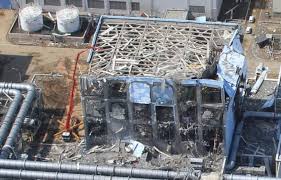 November 17, 2011 – TOKYO – The International Energy Agency has estimated that Japan would need to spend $3 billion per month on additional oil and LNG in 2012 if the country’s nuclear power output falls to zero next year, the executive director of the International Energy Agency, Maria van der Hoeven, told reporters Wednesday. Speaking to Platts in Tokyo, van der Hoeven said that Japan would need an extra 460,000 b/d of oil and 30 billion cubic meters of gas in 2012 if the country had no nuclear power output. When asked about Japan’s winter oil and gas demand outlook, Van der Hoeven declined to comment as the country’s actual demand situation would depend on the country’s nuclear output situation, which remained uncertain. Japan is about to enter its winter power demand season, which normally runs through December-March, and the weather and nuclear utilization rates have a direct impact on crude, fuel oil and LNG consumption for thermal power generation. Japanese power utilities have hiked their oil and LNG consumption to make up for their shortfall in nuclear output in the wake of the devastating March 11 earthquake, and subsequent nuclear outages across the country amid safety concerns. Only 11 nuclear reactors are currently operating in Japan with a combined capacity of 9.864 GW, representing 20% of the country’s total installed capacity of 48.96 GW spread over 54 reactors, according to Platts calculations. It is widely expected that none of the nuclear plants shut for scheduled maintenance would be allowed to restart any time soon because of stress test conditions imposed by the government in July. If none of the nuclear reactors are allowed to restart in the coming months, Japan is scheduled to lose its nuclear output completely in April or May 2012 because of the Japanese regulation that requires nuclear power plants to carry out scheduled maintenance at their reactors at least once every 13 months. If this happens, it would be the first time Japanese nuclear power production has fallen to zero since it commenced in 1966. Speaking at a press conference in Tokyo, van der Hoeven expressed her concern over rising crude oil prices that will have “negative impact” on ailing economies in Europe and “poor developing countries.” –Platt

To put this crisis into perspective, investors favor the so-called ‘relative safety’ of U.S. Treasuries and Japanese Government Bonds and it is precisely this kind of thinking that should keep us all up at night. Such a move by the world’s financial wizards is the long-term equivalent of burning money. Why? Japan’s debt to GDP ratio is already at 200%. That means for every $1 (or Yen) the entire Japanese economy is capable of generating in a given year- there’s $2 more in debt that it has to repay. When you spend more than you have; you’re bankrupt. When you spend more than you’re capable of producing- you’re a black-hole. If that hole wasn’t too large for Tokyo to climb out of, consider this- Japan has to maintain the health and retirement of one of the largest aging populations in the industrialized world; it has to pay down in deficit, become immune to the Eurozone debt cancer, avoid any more natural disasters, and it has to nearly rebuild its entire energy infrastructure from ground-zero while importing nearly all of its oil and natural gas. Sadly, the U.S. is no better off. The Federal Reserve, the U.S. Central Bank or Lender of last resort, has now become the largest holder of U.S. debt in the world- exceeding the obligations of even China. All this is happening during a recession and under the shadow of a potential conflict looming for the U.S. in the Middle East with Iran and under a U.S. budget deficit crisis that has already pierced the $15 trillion dollar mark. To put a trillion dollars in some kind of substantial context, if you opened a business at the time of  Christ, 2000 years ago, and if you lost one million dollars a day in that business; it would still take you another 700 years to lose a trillion dollars. It’s an inconceivable amount of money. Total U.S. debt obligations now actually exceed $54 trillion dollars. If that wasn’t bad enough, sovereign debt is causing bond markets in Europe to implode. Insured risk markets will follow- including the unregulated $600 trillion dollar derivatives market which will topple banks and sovereign treasuries will follow that disembowelment. People who think the modern world as we know it can’t possibly end apparently didn’t hang around in class long enough to realize there was homework. – (c) The Extinction Protocol