The next financial crisis will be ‘hellish’ warns asset manager

Posted on November 17, 2011 by The Extinction Protocol 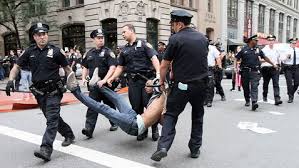 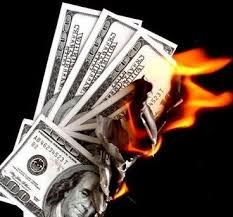 November 17, 2011 – WASHINGTON – “There is definitely going to be another financial crisis around the corner,” says hedge fund legend Mark Mobius, “because we haven’t solved any of the things that caused the previous crisis.” We’re raising our alert status for the next financial crisis. We already raised it last week after spreads on U.S. credit default swaps started blowing out. We raised it again after seeing the remarks of Mr. Mobius, chief of the $50 billion emerging markets desk at Templeton Asset Management. Speaking in Tokyo, he pointed to derivatives, the financial hairball of futures, options, and swaps in which nearly all the world’s major banks are tangled up. Estimates on the amount of derivatives out there worldwide vary. An oft-heard estimate is $600 trillion. That squares with Mobius’ guess of 10 times the world’s annual GDP. “Are the derivatives regulated?” asks Mobius. “No. Are you still getting growth in derivatives? Yes.” In other words, something along the lines of securitized mortgages is lurking out there, ready to trigger another crisis as in 2007-08. And what of the derivatives sitting on the balance sheet of the Federal Reserve? Here’s another factor behind our heightened state of alert. “Through quantitative easing efforts alone,” says Euro Pacific Capital’s Michael Pento, “Ben Bernanke has added $1.8 trillion of longer-term GSE debt and mortgage-backed securities (MBS).” Think about that for a moment. The Fed’s entire balance sheet totaled around $800 billion before the 2008 crash, nearly all of it Treasuries. Now the Fed holds more than double that amount in mortgage derivatives alone, junk that the banks needed to clear off their own balance sheets. “As the size of the Fed’s balance sheet ballooned,” continues Mr. Pento, “the dollar amount of capital held at the Fed has remained fairly constant. Today, the Fed has $52.5 billion of capital backing a $2.7 trillion balance sheet. “Prior to the bursting of the credit bubble, the public was shocked to learn that our biggest investment banks were levered 30-to-1. When asset values fell, those banks were quickly wiped out. But now the Fed is holding many of the same types of assets and is levered 51-to-1! If the value of their portfolio were to fall by just 2%, the Fed itself would be wiped out.” –Yahoo