Posted on October 1, 2011 by The Extinction Protocol 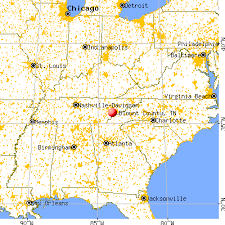 October 1, 2011 – TENNESSEE – The Lashbrooke subdivision in Louisville enjoyed a quiet and sun-bathed afternoon on Thursday. The peaceful surroundings of the affluent neighborhood along the Tennessee River lend no hint that its residents suffer from shell-shock. “It’s scary-loud. It’s loud enough that it makes your heart stop for a second,” said Andy Wombold. “It sounds like a shotgun or an explosion of some kind.” Wombold and dozens of other residents in the neighborhood are unable to say exactly what “it” is. All they know is the mysterious booms have provided several rude awakenings that sent residents scrambling in fear. “Last Monday, about a week and a half ago, it was around 3 a.m. and it was, ‘Pow!’ All the sudden we heard a loud explosion. It sounded like it came from inside our house. It shook the walls. It shook the floor. It shook the ceiling,” said Wombold. “We thought maybe a gas line had exploded and maybe our house was going to blow up. We thought it was really serious,” said Wombold. “It was like lightning struck directly beside the house,” said neighbor Dwayne Jones. “I jumped out of bed and ran outside. Then I saw a clear sky full of stars and knew it wasn’t lightning. The ground was still shaking for a little bit. It was like a big sonic boom. Just the whole house shakes. I never heard anything like it.” Several residents called emergency dispatchers and Blount County deputies responded to the scene. However, they were unable to find any problems in the neighborhood. Marian O’Briant with the Blount County Sheriff’s Office said deputies also checked with local rock quarries and confirmed there were no blasting operations. Residents said the booms continued for several days. “It would happen in the middle of the night, in the morning, at all different times,” said Jones. “It was like they would get a little weaker as the days went by, but it was still really jarring. You generally heard one big boom and then a bunch of aftershocks in quick succession. I don’t know if it was an echo off the river or what,” said Wombold. A Tennessee National Guard spokesman confirmed there were no military operations in the area that would create the ground-shaking experience. T-DOT told 10News there are no construction projects in the area that could explain the noise. The USGS said there has only been one earthquake in Tennessee in the last couple of weeks. That tremor only registered 1.4 on the Richter magnitude scale and was in Tiptonville along the Mississippi River. “The other thing we figured is it might have been something with the power lines,” said Jones. “We have these very large lines that go directly through the neighborhood and across the river, but we never had any power outages.” TVA confirmed there have been no problems with the lines near the Lashbrooke subdivision. The mystery may be more difficult to solve as the frequency of the booms decreases. Wombold said it has been a couple of days since he last heard a boom while Jones indicated he has not noticed the noise since late last week. Blount County dispatchers said the last call they received about the booms was last week. –WBIR

Some incidents may be related to meteors but I think the majority of these incidents are a surface phenomena. Meaning faults can be agitated or jarred in a snap-pull or grinding fashion without disturbing the ground but creating an electromagnetic aura of lights or a rumbling sonic boom that propagates through the air in its wake. These incidents are becoming more numerous and are now popping up basically across the globe- an indication that whatever forces are creating these events- could be intensifying. Some mention underground construction, bunkers and tunnels or stealth mystery aircraft as likely culprits but there are documented reports of these incidents in the U.S. that go back as far as the 1850’s. NASA has even heard these noises from across the cosmos and can’t explain them. A spokesman for NASA Goddard Space F. Center said: “There is something new and interesting going on in the universe,” said Alan Kogut of NASA’s Goddard Space Flight Center in Greenbelt, Md. See report: NASA noise

You can even find reports of these incidents going back to 1958, where on June 28th, the University of Florida in Gainesville was shaken by a series of unexplained mysterious booms. More than 84 reports of broken windows were reported to police from the incident. Though the incident was investigated by the U.S. military; and presumably blamed on an aircraft- to this day, it remains unsolved. See: 1958 News Archive

In 2009, a quiet neighborhood in Minnesota was similarly terrorized by unexplained noises and shaking- Minnesota story.  The state of Georgia also reports an incident. See Georiga. It’s happening in Canada. See Windsor. It’s happening in the UK also. See Saffron Waldon. Is this a seismic phenomena as some geologists are now claiming? Some of the reports go back to India to the 19th century as the booms were then called barisal guns. Some experts believe the mystery booms could be related to an explosive release of methane gas from a cavity in the Earth as a result of cosmic rays, a fault slip or movement. They call them mistpouffers. Most scientists are perplexed about what’s actually causing the mystery booms. In light of all the increased number of reports now pouring in from all across the globe, one gets the feeling that some major geological event may be building under the ground. –The Extinction Protocol

46 Responses to Mystery intensifies over unexplained booming noise in Tennessee