The Great Divide: how the COVID-19 pandemic broke a nation 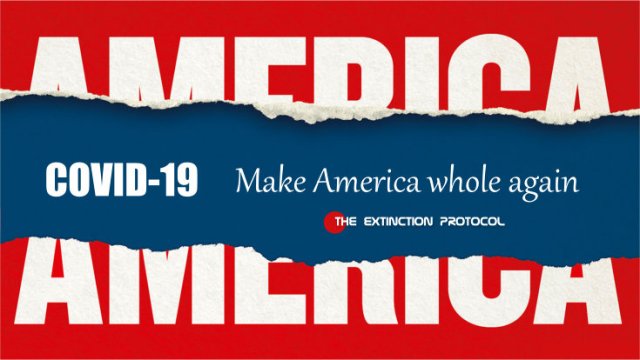 Atlas Shrugged: How the richest country in the free world helplessly feel victim to the maniacal ego of its own president

Eight weeks into this nation’s greatest crisis since World War II, we seem no closer to a national strategy to reopen the nation, rebuild the economy and defeat the coronavirus. Why it matters: America’s ongoing cultural wars over everything have weakened our ability to respond to this pandemic. We may be our worst enemy.     The response is being hobbled by the same trends that have impacted so much of our lives: growing income inequality, the rise of misinformation, lack of trust in institutions, the rural/urban divide and hyper-partisanship.

We’re not even seeing the same threat from the virus. Democrats are far more likely than Republicans to be worried about getting seriously ill, while Republicans — including the president — are more likely to think the death counts are too high.

Without even a basic agreement on the danger of the pandemic and its toll, here’s how we see the national response unfold:  The Centers for Disease Control and Prevention, the crown jewel of the globe’s public health infrastructure, has been sidelined, its recommendations dismissed by the White House.

President Trump declares the U.S. has “prevailed on testing” at a time when health experts say we “still need far more daily tests before the country can reopen safely. Distribution of the promising coronavirus drug Remdesivir was initially botched because of miscommunication between government agencies.  More than two thirds of Americans say it’s unlikely they would use a cell phone-based contact tracing program established by the federal government, a key component of a testing regime to control the virus.

The second phase of a program to aid small businesses isn’t fully allocated because firms are either concerned about its changing rules, confused about how to access it, or find the structure won’t help them stay in business. With the unemployment rate at a post-Depression record last month, and expected to go higher, there is no meaningful discussion between the parties in Congress on aid to the out-of-work. States and local governments are facing billions in losses without a strategy for assistance.

Dr. Rick Bright, the HHS whistle-blower, told lawmakers the exact moment that he knew the U.S.’s response to the coronavirus pandemic was doomed. During his testimony Thursday before the House Energy and Commerce subcommittee on Health, Bright recalled a conversation he had with Mike Bowen, a Texas-based surgical mask maker.

‘Congressman I’ll never forget the emails I received from Mike Bowen indicating that our mask supplier, N95 respirator supplier, was completely decimated and he said “we’re in deep s***, the world is, and we need to act,’” Bright recalled. ‘And I pushed that forward to the highest levels I could in HHS and got no response.’ ‘From that moment I knew that we were going to have a crisis for our healthcare workers because we were not taking action,’ Bright continued. ‘We were already behind the ball, that was our last opportunity to turn on that production to save the lives of our healthcare workers and we didn’t act.’ Bright arrived on Capitol Hill Thursday morning, wearing gloves and a mask, to testify on Capitol Hill, on the heels of President Donald Trump calling him a ‘disgruntled employee.’ Bright, Trump said, ‘should no longer be working for our government!’  –Daily Mail

5 Responses to The Great Divide: how the COVID-19 pandemic broke a nation