Posted on April 25, 2020 by The Extinction Protocol 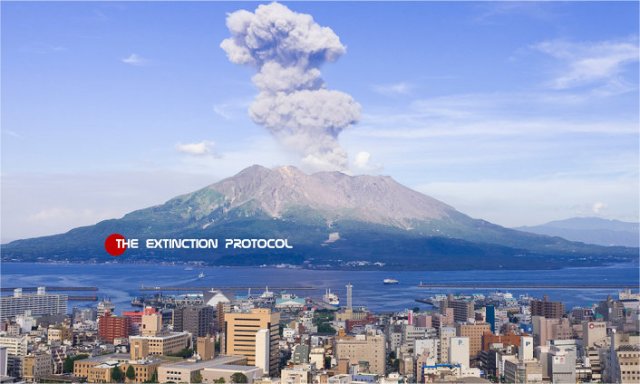 One of Japan’s most active volcanoes has erupted, flinging lava bombs into the atmosphere and sending ash 11,000 feet into the air, Volcano Discovery reports. According to recent updates from the Japan Meteorological Agency, Sakurajima has been emitting a steady stream of ash and lapilli—small fragments of rock—following recent seismic activity. According to Volcano Discovery, lava bombs—chunks of molten or semi-molten rock 2.5 inches plus in diameter—are being chucked distances of 2,624 to 3,608 feet from Minamidake summit crater, while ash emissions are reaching altitudes of around 11,000 feet. It said 26 volcanic earthquakes and 13 tremors have been recorded.

The Japan Meteorological Agency has issued a level 3 near-crater warning for Sakurajima, advising people not to approach the volcano. The warning has been in place since February 5, 2016 when Sakurajima experienced a massive eruption. The blast sent smoke and ash 1.2 miles into the sky, Newsweek reported at the time. Sakurajima, which stands at 3,665 feet in height, is on Japan’s southern island of Kyushu. It is one of the country’s most active volcanoes and explosions, ash plumes and projectiles are frequently reported.

But while volcanolgists regularly report seismic activity, there have been few eruptions of the scale reported in 2016—a notable exception being an eruption reported in November 2019, when smoke and debris was sent 3.4 miles into the air. According to the Global Volcanism Program, small eruptive events and three explosions were reported by the Japan Meteorological Agency between 13 and 20 April.  –Newsweek

April 26, 2020: A magnitude 4.8 earthquake hit Ibaraki Prefecture at 9:49 a.m. Sunday, shaking buildings in the capital. The earthquake hit at a depth of 70 kilometers and was centered inland, the Meteorological Agency said. There was no risk of tsunami from the earthquake, it added, and no immediate reports of damage. The temblor caused shaking of a 4 on the Japanese intensity scale of 7 in Ibaraki, and a 3 in central Tokyo.  –Japan Times