Posted on August 26, 2013 by The Extinction Protocol

The beginning of the end? Like so many places in the Middle East now: Beirut, Ramallah, Baghdad, Cairo, Damascus, huge swaths of the city now lie in ruins. Many of these war-torn cities will never recover. Is this our modern legacy for the future?

August 26, 2013 – SYRIA – Russia issued a stark warning today against renewed calls for foreign military intervention in Syria after an alleged chemical weapons attack near Damascus last week. In a pair of statements, Russia’s Foreign Ministry spokesman drew comparisons between the current situation in Syria and the U.S.-led invasion of Iraq and urged countries “not to repeat the mistakes of the past.” Responding directly to comments by Secretary of Defense Chuck Hagel about military contingency planning, Alexander Lukashevich said such remarks were “alarming.” Lukashevich reiterated Russia’s position that evidence the Syrian military was responsible for the suspected chemical attack was pre-fabricated in order to frame the government. He said statements by the United States, France, and Britain that blame government forces are “completely ignoring many facts pointing to the fact that this action as a provocation of the irreconcilable opposition.” 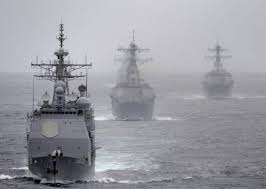 The White House has spent much of the weekend deliberating how to proceed, now that, as a senior administration official told ABC News, it has determined there is “very little doubt” that the Assad regime is responsible for the alleged chemical attack. “Based on the reported number of victims, reported symptoms of those who were killed or injured, witness accounts, and other facts, there is very little doubt at this point that a chemical weapon was used by the Syrian regime against civilians in this incident,” the official said. “We are continuing to assess the facts so the president can make an informed decision about how to respond to this indiscriminate use of chemical weapons.” White House officials also point out the attack was on rebel-held territory and apparently done using rockets that the rebels do not possess. The president has ordered his national security team to draw up possible strike options on Syria, but there is a divide in the White House on how forcefully to respond, although another official told ABC News if there is a strike, it must be “timely” — done soon enough to prevent another chemical attack. However, the White House does not want to act alone. U.S. officials are back channeling through the United Nations to see if Russia could be convinced to agree to a resolution. If there is no UN authorization, the United States would lead any possible strike, but, a senior official told ABC News “we do not want to do anything on our own.” U.S. allies must commit both “resources” and “political will” the official said. –ABC News 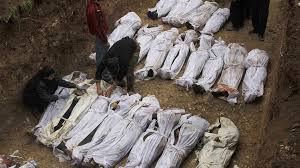 Britain, France, Turkey pledge response: British foreign secretary William Hague said today it would be possible to respond to chemical weapons use in Syria without the unanimous backing of the United Nations Security Council. UN inspectors will today visit the site of an alleged chemical weapon attack which killed hundreds last week, but Britain and the United States have made clear they believe the access was granted too late and that the Syrian government was behind the attack. “Is it possible to respond to chemical weapons without complete unity on the UN Security Council? I would argue yes it is, otherwise it might be impossible to respond to such outrages, such crimes, and I don’t think that’s an acceptable situation,” Mr. Hague said on BBC radio. Britain has been among the major western governments calling for a strong international response to the alleged chemical attack. The French government said today there will be a “proportionate response” to the alleged chemical weapons attack in a Damascus suburb. Anti-government activists and Doctors Without Borders say that more than 300 people were killed in an artillery barrage by regime forces last Wednesday that included the use of toxic gas. Foreign minister Laurent Fabius told Europe 1 radio: “It will be negotiated in coming days.”

Mr. Fabius acknowledged that the lack of a UN blessing over action was problematic, but added: “All the options are open. The only option that I can’t imagine would be to do nothing.” In an interview published by a Russian newspaper today, Syrian president Bashar al-Assad dismissed claims his forces used chemical weapons and warned Washington that any US military intervention would fail. He said in an interview that attacking such an area with chemical weapons would not make sense for the government as there was no clear frontline between regime and rebel forces. “Of course we count on Russia to prevent any interpretation that aims to serve the objectives of US and western policies.” Turkey said today it would join any international coalition against Syria even if a wider consensus on action cannot be reached at the UN Security Council, foreign minister Ahmet Davutoglu was quoted as saying this morning. “We always prioritize acting together with the international community, with United Nations decisions. If such a decision doesn’t emerge from the UN Security Council, other alternatives … would come onto the agenda,” Mr. Davutoglu told the Milliyet daily. “Currently 36-37 countries are discussing these alternatives. If a coalition is formed against Syria in this process, Turkey would take its place in this coalition.” –Irish Times