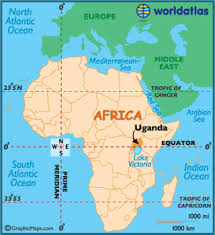 May 22, 2012 – UGANDA – Six more people have died in separate landslides in Kasese district. This brings the number of landslide victims in the district to 11 over a period of seven months. In October 2011, mudslides killed five children and destroyed several houses in the area. The latest mudslides that hit Butalimuli village in the Rwenzori Mountains on Thursday night killed three children from the same family. The tragedy occurred during a heavy overnight downpour. The water-soaked soil on the steep Mahango slopes rolled downhill, burying Feridina Baluku Kyamukagha’s children. By the time the family and neighbours woke up and tried to save Belivin Bwambale, 9, Constance Muhindo, 7 and Winfred Biira, 5, they were already dead. Kyamukagha’s brother Mathias Masereka said the children were sleeping in the upper room when the wall collapsed, narrowly sparing their mother, baby brother and father, who were in the lower part of the house. Elsewhere, a female resident of Katumba village, Kyalhumba sub-county, a man in Bibwe village, Muhokya sub-county and a nine-year-old girl of Nyakabingo village, Rukoki sub-county were also confirmed dead. The district environment officer, Augustine Kooli, warned that similar disasters were likely to reoccur as the rains continue in the steep mountainous areas. “The soils have been weakened due to poor cultivation practices which have left most of the mountain areas bare,” Kooli said. ahango sub-county chairperson Stephen Muthekengwa said 23 houses had collapsed with dozens of people narrowly escaping death on the fateful night. –New Vision

4 Responses to Landslides kill 6 in Kasese district of Uganda