Kurdistan, Azerbaijan, subs in the Gulf: the Israeli military encirclement of Iran – prelude?

Posted on March 30, 2012 by The Extinction Protocol 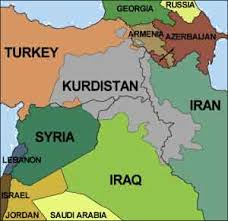 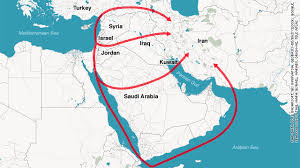 March 30, 2012 – ISRAEL – Last week, it was announced by Info Live that the Israelis were using military bases in Kurdistan to launch surveillance flights into Iran. Now, the three-way tension between the United States, Israel, and Iran became tenser this week with a widely cited report that Israel is developing a “secret staging ground” in Iran’s neighbor to the north – Azerbaijan – for a possible attack on Iran’s nuclear facilities. Quoting unnamed senior US diplomats and military intelligence officials, a lengthy article in Foreign Policy magazine asserts that “Israel has recently been granted access to airbases on Iran’s northern border. The Israelis have bought an airfield,” a senior administration official is quoted as saying, “and the airfield is called Azerbaijan.” Why would US officials be talking about this? Likely to slow down any rush to war in an already volatile region, some speculate. “I think this leak today is part of the administration’s campaign against an Israeli attack,” former US diplomat John Bolton said Thursday on Fox News. “Clearly, this is an administration-orchestrated leak,” Mr. Bolton said, adding, “It’s just unprecedented to reveal this kind of information about one of your own allies.” The challenge for Israel in planning such a strike is the long distance to potential targets – some 2,000 miles round-trip – for its F-15 and F-16 fighters. Planning for such strikes always involves tradeoffs between fuel and bombs. Bases in nearby Azerbaijan (including abandoned former Soviet airfields) could be used for landing and refueling after any strike, allowing Israeli jets to carry more ordnance. Such airfields also could be a staging point for search-and-rescue helicopters that might be necessary to recover downed Israeli pilots. They also could be used to launch drone aircraft for bomb damage assessment once any strike is concluded. Israel and Azerbaijan have developed an economic military relationship over the years. Israel buys oil from Azerbaijan, and Azerbaijan recently agreed to buy $1.6 billion in military hardware from Israel, including drones, antiaircraft, and missile-defense systems. This week’s report of a possible basing agreement with Israel does nothing to improve the relationship between neighbors Azerbaijan and Iran. –CSM

24 Responses to Kurdistan, Azerbaijan, subs in the Gulf: the Israeli military encirclement of Iran – prelude?