Posted on January 23, 2013 by The Extinction Protocol

January 23, 2013 – CLIMATE – An unusual event playing out high in the atmosphere above the Arctic Circle is setting the stage for what could be weeks upon weeks of frigid cold across wide swaths of the U.S., having already helped to bring cold and snowy weather to parts of Europe. Forecast high temperatures on Monday, Jan. 21, from the GFS computer model. This phenomenon, known as a “sudden stratospheric warming event,” started on Jan. 6, but is something that is just beginning to have an effect on weather patterns across North America and Europe. While the physics behind sudden stratospheric warming events are complicated, their implications are not: such events are often harbingers of colder weather in North America and Eurasia. The ongoing event favors colder and possibly stormier weather for as long as four to eight weeks after the event, meaning that after a mild start to the winter, the rest of this month and February could bring the coldest weather of the winter season to parts of the U.S., along with a heightened chance of snow. Sudden stratospheric warming events take place in about half of all Northern Hemisphere winters, and they have been occurring with increasing frequency during the past decade, possibly related to the loss of Arctic sea ice due to global warming. Arctic sea ice declined to its smallest extent on record in September 2012. Sudden stratospheric warming events occur when large atmospheric waves, known as Rossby waves, extend beyond the troposphere where most weather occu 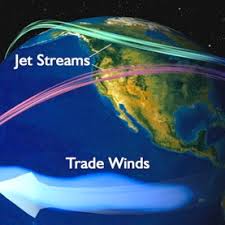 rs, and into the stratosphere. This vertical transport of energy can set a complex process into motion that leads to the breakdown of the high altitude cold low pressure area that typically spins above the North Pole during the winter, which is known as the polar vortex. The polar vortex plays a major role in determining how much Arctic air spills southward toward the mid-latitudes. When there is a strong polar vortex, cold air tends to stay bottled up in the Arctic. However, when the vortex weakens or is disrupted, like a spinning top that suddenly starts wobbling, it can cause polar air masses to surge south, while the Arctic experiences milder-than-average temperatures. During the ongoing stratospheric warming event, the polar vortex split in two, allowing polar air to spill out from the Arctic, as if a refrigerator door were suddenly opened. For reasons I don’t think we fully understand, the changes in the circulation that happen in the stratosphere [can] descend down all the way to the Earth’s surface,” said Judah Cohen, director of seasonal forecasting at Atmospheric and Environmental Research (AER) in Massachusetts. As the polar stratosphere warms, high pressure builds over the Arctic, causing the polar jet stream to weaken. At the same time, the mid-latitude jet stream strengthens, while also becoming wavier, with deeper troughs and ridges corresponding to more intense storms and high pressure areas. In fact, sudden stratospheric warming events even make so-called “blocked” weather patterns more likely to occur, which tilts the odds in favor of the development of winter storms in the U.S. and Europe. –Climate Central