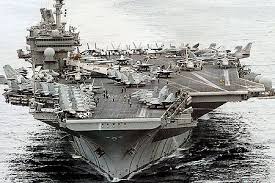 May 17, 2012 – WASHINGTON – This week, Congress is considering two pieces of legislation relating to Iran. The first undermines a diplomatic solution with Iran and lowers the bar for war. The second authorizes a war of choice against Iran and begins military preparations for it. H.Res.568: Eliminating the Most Viable Alternative to War – The House is expected to vote on H.Res. 568. Read the resolution. Section (6) rejects any United States policy that would rely on efforts to contain a nuclear weapons-capable Iran. Section (7) urges the President to reaffirm the unacceptability of an Iran with nuclear-weapons capability and opposition to any policy that would rely on containment as an option in response to Iranian enrichment. This language represents a significant shift in U.S. policy and would guarantee that talks with Iran, currently scheduled for May 23, would fail. Current U.S. policy is that Iran cannot acquire nuclear weapons. Instead, H. Res. 568 draws the “redline” for military action at Iran achieving a nuclear weapons “capability,” a nebulous and undefined term that could include a civilian nuclear program. Indeed, it is likely that a negotiated deal to prevent a nuclear-armed Iran and to prevent war would provide for Iranian enrichment for peaceful purposes under the framework of the Non-Proliferation of Nuclear Weapons Treaty with strict safeguards and inspections. This language makes such a negotiated solution impossible. At the same time, the language lowers the threshold for attacking Iran. Countries with nuclear weapons “capability” could include many other countries like Japan or Brazil. It is an unrealistic threshold. The Former Chief of Staff of Secretary of State Colin Powell has stated that this resolution “reads like the same sheet of music that got us into the Iraq war.” H.R. 4310: Authorizing War Against Iran and Preparing the Military for it. While H. Res. 568 undermines our diplomatic efforts and lowers the bar for war, H.R. 4310, the National Defense Authorization Act for Fiscal Year 2013 begins military preparations for war. Section 1221 makes military action against Iran a U.S. policy. Section 1222 directs our armed forces to prepare for war. –Huff Post

U.S. attack preparations finalized: The American ambassador to Israel said this week that not only was America willing to use military force to stop Iran from developing nuclear weapons, but that preparations had already been made for a possible attack. “It would be preferable to resolve this diplomatically and through the use of pressure than to use military force,” the ambassador, Dan Shapiro, said at a meeting Tuesday of the Israeli bar association. “But that doesn’t mean that option is not fully available. And not just available, but it’s ready. The necessary planning has been done to ensure that it’s ready.” While American leaders, including President Obama and his defense secretary and chairman of the Joint Chiefs of Staff, have frequently said all options are on the table regarding Iran, the notion of specific plans being made is not something they typically talk about. In fact, at a March speech to the American Israel Public Affairs Committee, the pro-Israel lobby, Mr. Obama warned that “loose talk of war” could actually speed Tehran’s move toward weaponization, saying “now is not the time for bluster.” –NY Times

57 Responses to U.S. Congress expected to vote on legislation authorizing war with Iran