Latest House debt bill fails in the Senate: Who will save the Republic?

Posted on July 30, 2011 by The Extinction Protocol 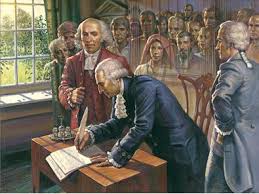 July 30, 2011 (Bloomberg) – WASHINGTON — The Senate swiftly rejected a House Republican plan to raise the U.S. debt limit and cut spending as Democrats pressed for passage of their own alternative before an Aug. 2 deadline to avoid default. Democratic Senate leaders planned to work through the weekend, starting with a possible move at 1 a.m. on July 31 for a longer-term increase in the nation’s debt limit. This would lead to a deadline-daring series of negotiations between leaders of the two chambers. The Senate voted 59-41 to table House Speaker John Boehner’s plan, which the House approved by a vote of 218-210. No Democrats supported the House’s plan, and 22 Republicans opposed it, including 11 first-term House members. “We’ve done everything we can to find a common-sense solution,” said Boehner of Ohio, who personally pressed reluctant members of his own party for support and narrowly prevailed. “This House has acted,” he said, and it’s time for Democrats and Obama “to put something on the table.” President Barack Obama, who has threatened to veto a shorter-term measure such as the House’s, pressed Congress to reach a compromise. White House spokesman Jay Carney said after the House vote that the Senate Democrats’ proposal offers the ‘basis for that compromise.’ –San Francisco Chronicle

The Rise of International Bankers and the Fall of the U.S.

49 Responses to Latest House debt bill fails in the Senate: Who will save the Republic?