Posted on July 10, 2020 by The Extinction Protocol 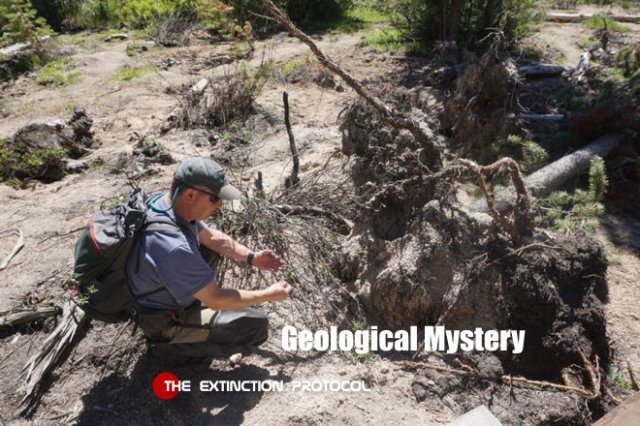 That’s when the Sawtooth mountain range in central Idaho trembled with a 6.5-magnitude earthquake — the second strongest ever recorded in Idaho. From that very moment, geologists rushed to the epicenter area — 45 miles west of Challis — to start collecting valuable information that could help them understand what happened. Three months later, the rumbling still hasn’t subsided as aftershocks continue to jar the area. But now scientists have a better idea of what may have led to the major earthquake — and it’s helping them uncover some other secrets buried under Idaho’s soil.

Idaho sits on the northern end of an area that is geologically very active, known by geologists as the Basin and Range Province. The earth crust in this area is constantly stretching and breaking in multiple places, creating hundreds of geological faults over long periods of time.  “Most of those faults are very old faults, and they’re no longer moving,” said Glenn Thackray, a geoscience professor at Idaho State University who specializes in studying faults. “The fault that that broke in that first earthquake in March was thought to maybe be active but not known to be active.” Thackray refers to a 40-mile long fault that runs north to south from Stanley Lake to Alturas Lake. He discovered the Sawtooth fault — which gets its name from the Sawtooth mountain range — only about a decade ago. His initial thoughts after the magnitude-6.5 earthquake were that the Sawtooth fault was involved, but many questions remained to be answered. 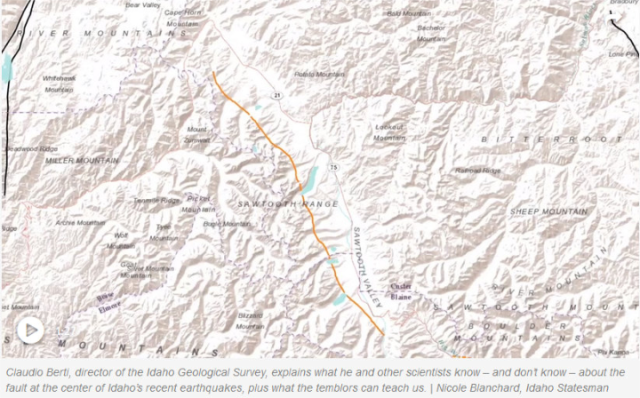 The Central Idaho region is geologically active and interesting, but it’s poorly understood. Thackray said research funding usually goes to places that are more densely populated — where more people are at risk if a large earthquake happens. That’s why there are not many permanent seismometers in Central Idaho. The Stanley earthquake created a unique opportunity for Idaho geologists to understand what is happening on the surface of the earth and beneath it. They rushed to the area and deployed more than 30 seismometers that could capture the movements of the aftershocks — in spite of deep snow, difficult access and pandemic-related travel restrictions in the area.

Thackray’s initial hunch was that the Sawtooth fault was involved in the earthquake, but at that time, two pieces of information didn’t quite fit with this scenario. First, the epicenter of the earthquake was located some 16 miles north of where they thought the Sawtooth fault ended. Second, its movement pattern was not typical of the region. “The way that the rocks moved is very unusual for this part of the country, (which is) mostly up and down. … The main shock moved almost perfectly left to right, almost kind of a California style” earthquake, said Claudio Berti, director of the Idaho Geological Survey.

Aftershocks — the continued movements of the broken fault as it settles — usually happen along the same fault that caused the main earthquake. Seismometers have been collecting data on the location and motion of aftershocks over the past three months, which is allowing geologists to get some answers. It’s a “connect the dots kind of game,” Berti said. “We think that (the Sawtooth fault) actually now extends further north than what we thought before the earthquake,” said Boise State University seismologist Dylan Mikesell. He can tell because most of the aftershocks are happening in a north-south line, filling in the space between the north end of the fault and the epicenter. Berti has a slightly different idea. He thinks that the Sawtooth fault might be expanding to the north, using other weak spots in the earth’s crust to grow.  –East Idaho News