Posted on April 7, 2020 by The Extinction Protocol 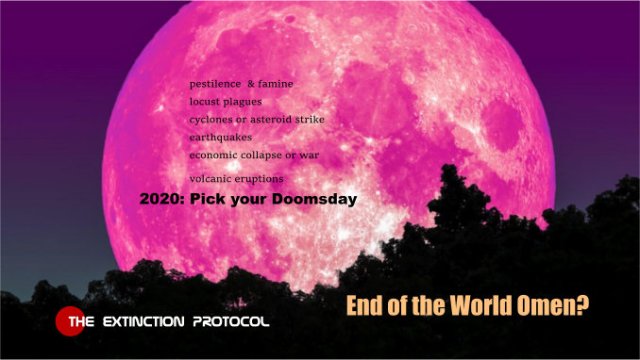 A SUPER Pink Moon lit up skies around the world tonight in a rare spectacle once linked to ‘the end of days.’ The phenomenon was captured across the UK, dwarfing the Shard in London and glowing over Belvoir Castle, Leics. It was also captured in parts of Germany, Spain and Italy, as onlookers marveled at the spectacle. Although called ‘Pink,’ there’s no noticeable color difference in tonight’s moon. It is a northern Native American reference to an early-blooming wildflower, which starts to pop up in the U.S. and Canada at the beginning of spring.

Some ancient peoples thought the cosmic event was linked to the appearance of beautiful flowers, while others claim it signifies the end of the world as we know it. At any other time in history, someone might’ve considered you a lunatic for thinking that…but not in the year of 2020. Nearly every unthinkable and inconceivable disaster one could possibly think of striking the planet has occurred. Granted, we’re only four months into the year; but you could literally pick your doomsday scenario at this point. Unfortunately, planet Earth has been plagued by that much misery and misfortune. In some other cultures, the pink moon is known as the sprouting grass moon, the egg moon, and the fish moon. Stargazers can catch it at its best in the early hours of tomorrow morning – set to peak at 3.35am. Pink Moon is the rare result of several space phenomena occurring at once. The name is slightly deceiving because rather than pink, the Moon will actually appear a slightly pale orange.  Pink Moon is a type of Super Moon, which occurs when a new or full Moon is unusually close to Earth. According to NASA, April’s Pink Moon will be the “most super” of the full Super Moons this year. Why is it called a Pink Moon?  The phrase “Pink Moon” comes from Northern Native Americans, according to the Old Farmer’s Almanac. They named it after a spring flower called Wild Ground Phlox, which is native to the eastern USA and one of the earliest widespread flowers of Spring. It’s got a pink hue and blossoms around the same time as April’s full moon. This natural phenomenon is always linked to the date of Easter because it appears after the spring equinox.  –The Sun

What else could possibly befall the Earth? How about a small asteroid collision. 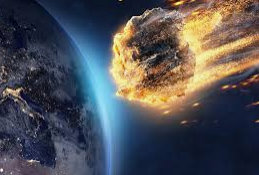 You probably didn’t know an asteroid was suppose to collide with Earth today. NASA was monitoring an asteroid that’s expected to approach Earth today. According to the agency, the asteroid’s natural orbit intersects Earth’s trajectory. The approaching asteroid has been identified by NASA’s Center for Near-Earth Object Studies (CNEOS) as 2020 GQ1. Based on the data collected by the agency, 2020 GQ1 has an estimated diameter of about 85 feet. This asteroid is currently traveling across space towards the planet at an average speed of almost 38,000 miles per hour. According to NASA, 2020 GQ1 is officially classified as an Apollo asteroid. Like other asteroids that belong to this group, 2020 GQ1 has a natural orbit that crosses Earth’s path. This usually occurs as the asteroid approaches its closest point to the Sun.

Based on NASA’s computer model, 2020 GQ1 follows an elongated orbit within the Solar System. It is known to fly between the orbits of Mars and Jupiter. Due to its Earth-crossing orbit, there’s a chance that 2020 GQ1 might directly collide with Earth. If this happens, the asteroid will most likely not cause an impact event on the planet. Instead, the asteroid will probably burn up in the atmosphere and cause a mid-air explosion before reaching the ground. Based on the size and speed of 2020 GQ1, its airburst could be as powerful as the one caused by an asteroid that exploded over Russia in 2013.  –IB Times