Posted on April 5, 2020 by The Extinction Protocol 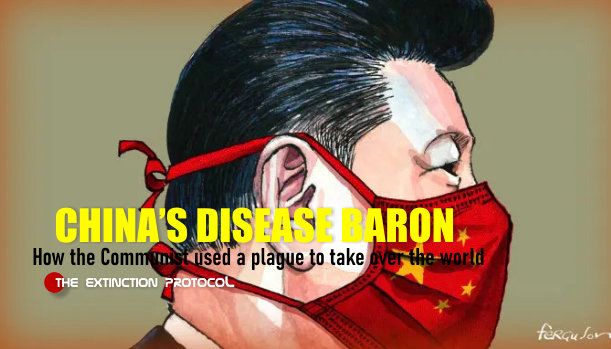 The pandemic spread of COVID-19 has been guided by the Chinese Communist Party since the first cases emerged in China in early November; not December. The number of COVID-19 cases that China reported to the WHO (82,000 cases and 3,300 deaths) amounts to one of the greatest criminal deceptions in history. The true number of deaths in China from the SARS-CoV-2 outbreak is likely up in the hundreds of thousands; if not millions. However, even before China begin erecting make-shift hospitals in Wuhan at the height of the outbreak, it was already attempting to rewrite the COVID-19 narrative that it had the epidemic well under control – despite the fact that it had detained and executed whistle-blowers who spoke out against the regime’s handling of the crisis. And despite the fact that the CCP had also let 5 million potentially-infected people slip out of Wuhan China before enforcing the lock-down. None of these people were screened for SARS-CoV-2 according to the Wall Street Journal.

But China’s criminal negligence with this outbreak goes even beyond this. The Chinese Communist Party sent it agents all over the globe to scour the world for face masks beginning in late December and January. Their goal was to buy up all the face masks they could find in bulk in Western nations and ship them back to China. This directive left Western nations vulnerable and basically defenseless – even woefully unprepared whenever the virus struck in full force. PPE procurement by China and Chinese nationals was happening all over the US, while most Americans were sound asleep or too busy engrossed in social media or sports to even notice what was transpiring around them. 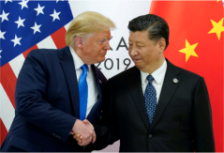 WASHINGTON (AP) — As the first alarms sounded in early January that an outbreak of a novel coronavirus in China might ignite a global pandemic, the Trump administration squandered nearly two months that could have been used to bolster the federal stockpile of critically needed medical supplies and equipment. Trump praised Xi Jinping for the way he was managing the crisis in Wuhan, not realizing all the time he was being played by the wily Communist leader. A review of federal purchasing contracts by The Associated Press shows federal agencies largely waited until mid-March to begin placing bulk orders of N95 respirator masks, mechanical ventilators and other equipment needed by front-line health care workers. “We basically wasted two months,” Kathleen Sebelius, health and human services secretary during the Obama administration, told AP.  –AP

Asian nations were much wiser to China’s beguiling ways and immediately banned the exports of face masks from their own countries. These countries included: Taiwan, Hong Kong, Singapore, Vietnam, and South Korea (where everyone practiced universal masking and COVID-19 case counts are still relatively low to this day).

Australia: News.com.au can reveal the 90-tonne export of our supplies was made by a second Australia-based Chinese property company, on top of yesterday’s revelation of the bulk shipping of hand sanitizer, gloves and masks by a Chinese government-owned company, Greenland. Global property giant Greenland develops luxury ultra high-rise blocks in Australia, and bought up and shipped off thousands of Australian medical supplies to China. This was done after Greenland’s Australian staff were deployed from normal HR and management duties to go out shopping for masks, sanitizer, thermometers and gloves to be sent to Wuhan. News.com.au has now learnt even more supplies – vitally needed by Australian doctors and nurses in the coronavirus outbreak – have been sent to China by other exporters.  –Daily Mercury – March 27, 2020

The bulk procurement of face masks and PPE was not just happening in Australia – it was taking place all over the U.S. in late January and February. Americans needn’t wonder any more why there aren’t any face masks on pharmaceutical or hardware store shelves just when they need them most.

Many face mask were bought in bulk by Chinese Nationals and shipped back to China. And to top things off; honest Americans who wanted to do nothing more than protect themselves and their families were severely chastised and shamed by doctors and even the nation’s Surgeon General and told emphatically to stop buying face masks. The admonitions were, “face masks do nothing to prevent the spread of the coronavirus.”

Now, as the death toll rises and community spread worsens, the U.S. has reversed its posture on face masks – advising all Americans to voluntarily wear them in public. Howbeit; make their own out of handkerchiefs, bandanas, and rags.

China’s power-play to grab the Western world’s remaining supply of face-masks and PPE amounts to criminality of the highest order. The nations of the world should come together after this outbreak to draft a UN sanction against the People’s Republic of China for withholding critical scientific data about the extent of the outbreak. They should also charge China with exacerbating it’s spread by its global acquisition of the critical PPE needed to curtail the virus in other countries. All this, while China’s own manufacturing plants lay idle and its own coronavirus case count only amounted to a paltry 82,000 cases (or so we’re being told). We can now use their alleged low-case count as an indefensible course for their unethical actions. China must be held accountable for this pandemic.

Nothing coming from China in the form of medical aid, equipment, or PPE supplies to infected countries can be trusted – nor should it be trusted.

The world needs to wake up…The Chinese Communist Party is the enemy of the Western world. It’s determined to see that the coronavirus decimate Western nations like Europe and America. China is hoping their fall will facilitate its rise. The life and death game of the coronavirus pandemic is chess; not checkers and Western nations walked into this dangerous game half-blind. Now China has the U.S. right where it wants it. Bitterly sparring with its closest European allies over the procurement of ventilators and other critical PPE equipment which hospitals desperately need to dent this epidemic. Consequently, China has done little to help with the resource shortage besides posturing.

As a matter of fact, it has even gone so far as to send faulty medical supplies to Europe and the U.S. under the guise of being a savior – howbeit, a satanic one who is secretly hell-bent on their destruction.

Can SARS-CoV-2 be traced to a lab in China?