Posted on February 27, 2020 by The Extinction Protocol 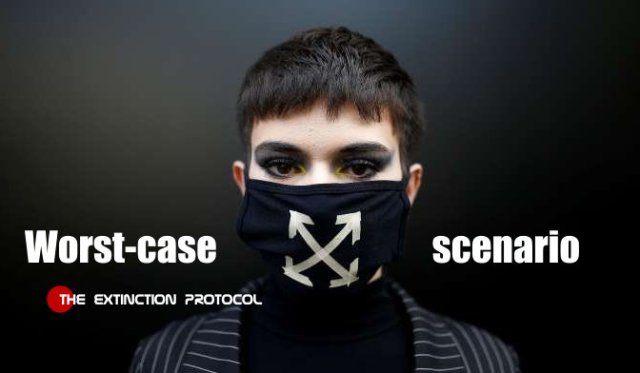 The government is reportedly contacting local councils for what is known as ‘Excess Death Contingency Planning’ in the event of a worst-case scenario relating to the spread of coronavirus. The planning, which is thought to include discussions with local authorities about potential new large burial sites, is thought to be standard practice when an outbreak of such a virus is taking place. The talks come as the Department of Health confirms there are two new cases in England , with another positive patient now transferred to the Royal Liverpool Hospital’s specialist infection facility.

News of the discussions was revealed on Twitter last night by Newsnight Policy Editor Lewis Goodall , who tweeted: “I understand the Cabinet Office has been in communication with local authorities about “Excess Death Contingency Planning”- effectively their “mass death preparedness” plans in the event of coronavirus being at upper end of worst case scenario. He added: “I’m told that the topics in the Cabinet Office/Local authority discussions include potential new (and perhaps mass) burial sites. Whitehall sources emphasize such discussions/instructions are uncommon but not unprecedented: For example, in the 2009 swine flu outbreak.”

A Cabinet Office spokesperson was keen to stress that such preparations were not uncommon, telling Newsnight: “We have been clear from the outset that we expect coronavirus to have some impact on the UK, which is why we are planning for every eventuality – including the reasonable worst-case scenario…crucially this does not mean we expect it to happen.”

Responding to the journalist’s tweets. former NHS worker Andy Ibbs said the talks and plans were to be expected after the outbreak of coronavirus around the world. He said: “Completely normal practice in such scenarios. I was involved with two such: Swine Flu & SARS. “In neither case were the plans enacted. No conspiracy here: it’s simply the case of the state doing what it should: preparing for anything. It does mean there is a risk, but that’s all.” In the latest coronavirus news, two further people in England have now been confirmed to have tested positive for coronavirus (COVID-19), bringing the total number of UK cases to 15.  –MSN

Exacting a heavy toll: Four in five Brits could become infected by deadly coronavirus — with up to 500,000 killed, according to a doomsday scenario set out in official papers seen by The Sun. Ministers are now considering the assumption that more than 50million people in the UK could catch the killer bug.A memo seen by The Sun last night states that the “reasonable worst case” involves “up to 80 per cent of the population being infected.” The document by the National Security Communications Team warns: “The current planning assumption is that 2-3 per cent of symptomatic cases will result in a ­fatality.”

Around half a million Brits — mostly the elderly or those with pre-existing illnesses — would be killed under this scenario, according to health sources. The figures are in a “sensitive” government report called “Covid-19 Reasonable Worst-Case Scenario.” It predicts infection rates will snowball for two to three months once the bug starts spreading. –The Sun