General: If Ebola reaches Central America, ‘there will be mass migration into the U.S.’

Posted on October 8, 2014 by The Extinction Protocol 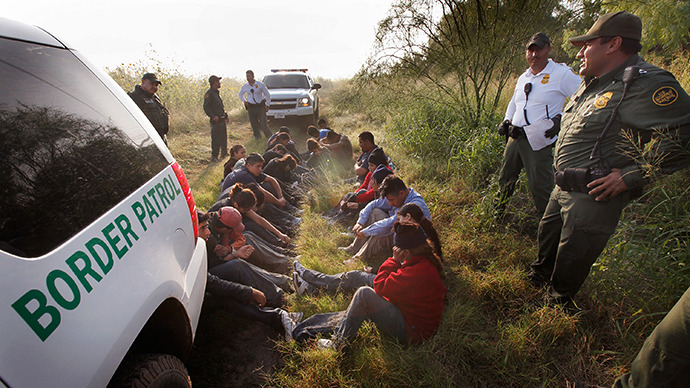 Kelly said that human trafficking could be an additional wrinkle in the battle to contain the disease. He related a disturbing anecdote from a recent visit to Central America where some men from Liberia were headed to the United States: Also, transnational criminal networks smuggle people and those people can be carrying Ebola, the general said. Kelly spoke of visiting the border of Costa Rica and Nicaragua with U.S. embassy personnel. At that time, a group of men “were waiting in line to pass into Nicaragua and then on their way north,” he recalled. “The embassy person walked over and asked who they were and they told him they were from Liberia and they had been on the road about a week,” Kelly continued. “They met up with the network in Trinidad and now they were on their way to the United States — illegally, of course.” Those men, he said, “could have made it to New York City and still be within the incubation period for Ebola.” Earlier this year, General Kelly gave some chilling testimony about the limitations on the United States’s ability to protect the southern border: In spring hearings before the Senate and House Armed Services Committees, Kelly said that budgets cuts are “severely degrading” the military’s ability to defend southern approaches to the U.S border. Last year, he said, his task force was unable to act on nearly 75 percent of illicit trafficking events. “I simply sit and watch it go by,” he said. But the potential threats are even greater. Kelly warned that neglect has created vulnerabilities that can be exploited by terrorist groups, describing a “crime-terror convergence” already seen in Lebanese Hezbollah’s involvement in the region. –The Weekly Standard

20 Responses to General: If Ebola reaches Central America, ‘there will be mass migration into the U.S.’