Posted on March 29, 2014 by The Extinction Protocol

March 2014 – LOS ANGELES – Authorities were tallying damage from a magnitude 5.1 earthquake that struck Southern California on Friday night. Fullerton police said early Saturday that up to 50 people had been displaced because of home damage. The quake, centered near La Habra, caused furniture to tumble, pictures to fall off walls and glass to break. Merchandise fell off store shelves, and there were reports of plate glass windows shattered. In Brea, several people suffered minor injuries during a rock slide that overturned their car. Fullerton reported seven water main breaks. Carbon Canyon Road was closed. Residents across Orange and Los Angeles counties and the Inland Empire reported swinging chandeliers, fireplaces dislodging from walls and lots of rattled nerves. The shake caused a rock slide in Carbon Canyon, causing a car to overturn, according to the Brea Police Department. Fullerton police received reports of water main breaks and windows shattering, but primarily had residents calling about burglar alarms being set off by the quake. Third-grade teacher Barbara Castillo and her 7-year-old son had just calmed their nerves after an earlier 3.6 temblor and sat down in their La Habra home when their dogs started barking and the second, larger quake struck, causing cabinet doors to swing open, objects to fall off shelves and lights to flicker. “It just would not stop, it was like an eternity,” said Castillo, an 18-year La Habra resident. At Disneyland in Anaheim, all rides were halted as a precaution but no damage or injuries were reported — other than ceiling tiles falling in the police station, Sgt. Daron Wyatt said.

The first of a swarm of earthquakes hit the border of La Habra and Brea shortly after 8 p.m. with the 3.6 temblor. About an hour later, at 9:09 p.m., the 5.1 shock hit, followed by at least two more aftershocks in the magnitude-3 range in the next half hour. At least 20 aftershocks had been recorded by late Friday. U.S. Geological Survey seismologist Lucy Jones said the 5.1 quake has a 5% chance of being a foreshock of a larger temblor. “There could be even a larger earthquake in the next few hours or the next few days,” Jones said during a media briefing at Caltech. Experts said that based on preliminary data, the series of earthquakes appeared to have occurred on the Puente Hills thrust fault, which stretches from the San Gabriel Valley to downtown Los Angeles. The fault also caused the 1987 Whittier Narrows earthquake. Friday night’s 5.1 quake was relatively shallow, which “means the shaking is very concentrated in a small area,” said Caltech seismologist Egill Hauksson. Hauksson said the quake sequence was unusual in that the 5.1 quake was preceded by the weaker foreshock. Scientists are particularly concerned about the Puente Hills thrust fault because it goes directly underneath downtown Los Angeles. “This is the fault that could eat L.A.,” seismologist Sue Hough told The Times in 2003. –LA Times 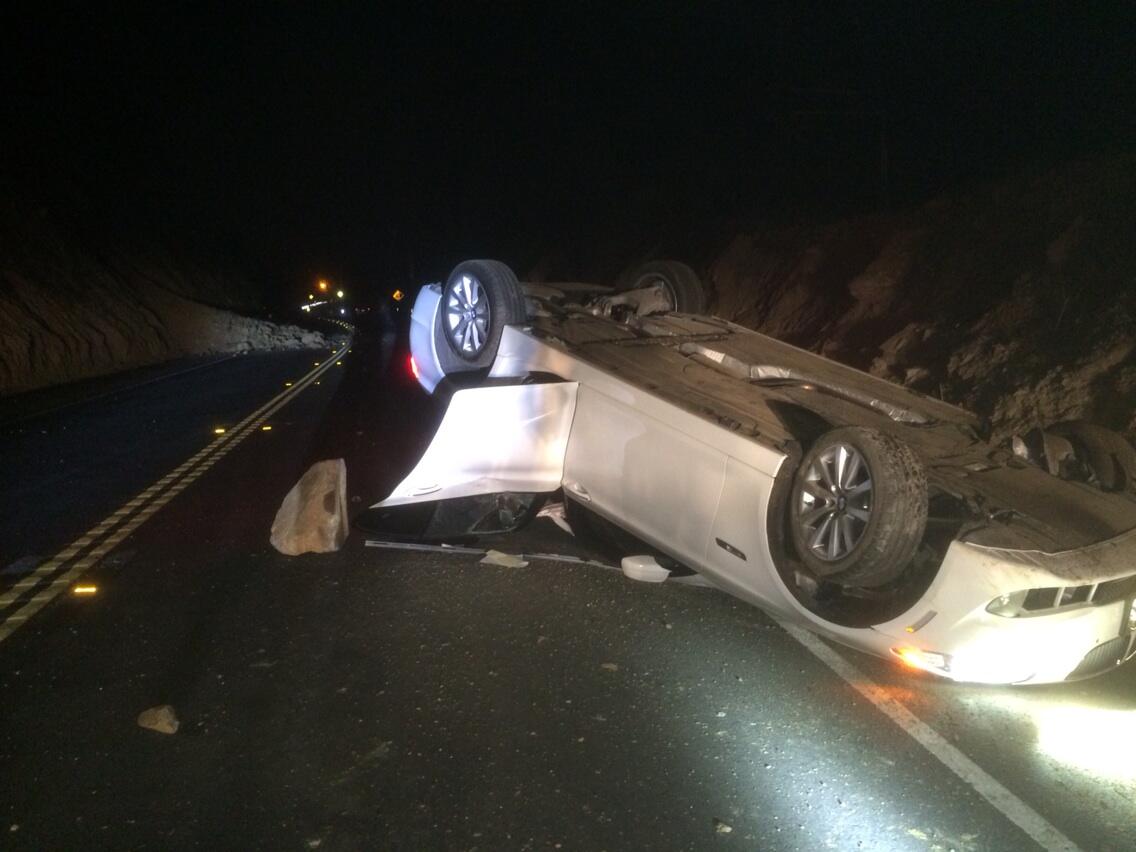