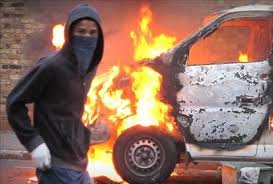 May 31, 2013 – EUROPE – Unemployment has reached a new high in the euro zone and inflation remains well below the European Central Bank’s target, stepping up pressure on EU leaders and the ECB for action to revive the bloc’s sickly economy. Joblessness in the 17-nation currency area rose to 12.2 percent in April, EU statistics office Eurostat said on Friday, marking a new record since the data series began in 1995. With the euro zone in its longest recession since its creation in 1999, consumer price inflation was far below the ECB’s target of just below 2 percent, coming in at 1.4 percent in May, slightly above April’s 1.2 percent rate. That rise may rising concerns about deflation, but the deepening unemployment crisis is a threat to the social fabric of the euro zone. Almost two-thirds of young Greeks are unable to find work, exemplifying southern Europe’s ‘lost generation.’ Economists and policymakers including Germany’s finance minister, Wolfgang Schaeuble, have said the greatest menace to the unity of the euro zone is now social breakdown from the crisis, rather than market-driven factors. In France, Europe’s second largest economy, the number of jobless rose to a record in April, while in Italy, the unemployment rate hit its highest level in at least 36 years, with 40 percent of young people out of work. “I’ve sent CVs everywhere, I come to the unemployment agency every day, for 3 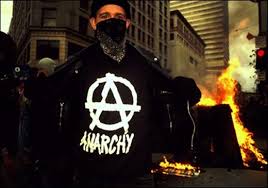 or 4 hours to look for work as a truck driver and there’s never anything,” said 42-year old Djamel Sami, who has been unemployed for a year, leaving a job agency in Paris. Thousands of demonstrators from the anti-capitalist Blockupy movement cut off access to the ECB in Frankfurt on Friday to protest against policymakers’ handling of Europe’s debt crisis. Some economists believe the ECB, which meets on June 6, will have to go beyond another interest rate cut and consider a U.S.-style money printing program to breathe life into the economy. “We do not expect a strong recovery in the euro zone,” said Nick Matthews, a senior economist at Nomura International in London. “It puts pressure on the ECB to deliver even more conventional and non conventional measures.” In the past, the euro zone has needed economic growth of around 1.5 percent to create new jobs, according to Carsten Brzeski, an economist at ING. With the Organisation for Economic Cooperation and Development forecasting this week that the euro zone economy would contract by 0.6 percent this year, unemployment is set to worsen long before it turns around. “We do not see a stabilization in unemployment before the middle of next year,” said Frederik Ducrozet, an economist at Economist at Credit Agricole in Paris. “The picture in France is still deteriorating.” ECB President Mario Draghi, whose pledge to buy the bonds of governments in trouble helped protect the euro zone from break-up last year, has so far left the onus on governments to reform. A majority of economists polled by Reuters do not expect the ECB to cut its deposit or main refinancing rates soon, although the OECD this week called for the bank to consider printing money for asset purchases to revive growth. ECB policymaker Ignazio Visco said on Friday it stood ready to take further action but that monetary policy alone could not solve the euro zone’s economic problems. The Commission, the EU’s executive, told governments this week they must focus on reforms to outdated labor and pension systems to regain Europe’s lost business dynamism, shifting the policy focus away from debilitating budget cuts towards growth. EU leaders are expected to put the problem of joblessness at the forefront of a summit in Brussels at the end of June. European Council President Herman Van Rompuy, who chairs the meetings, said last week youth unemployment was one of the most pressing issues for the 27-nation European Union as a whole. Ministers from France, Italy and Germany called this week for urgent action to tackle youth unemployment, with Schaeuble describing it as a “battle for Europe’s unity” and warning of revolution if Europe’s welfare model is abandoned. In April, 5.6 million people under 25 were unemployed in the European Union, with 3.6 million of those in the euro zone. Even if governments take on unions and vested interests to enact reforms, they will take time to produce benefits. “For the next two to three years it all looks like a dead-end road,” said an unemployed sales manager in Paris who gave his name as Dany. “I don’t see how things can improve as long as we are not united to face the pressure from Asia and Latin America.” –Reuters