Spring disappears from northern hemisphere: the winter that won’t end

Posted on April 30, 2013 by The Extinction Protocol 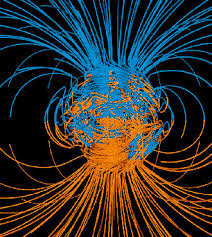 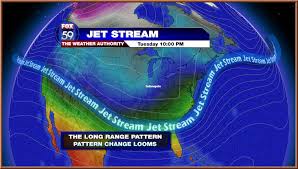 Earth reeling from dynamic change: The planet’s magnetic field is weakening, volcanic activity is increasing, a major tectonic plate is fracturing, and the planet’s weather is becoming more chaotic and unpredictable.

April 30, 2013 – MINNESOTA – April has been a freakishly cold month across much of the northern USA, bringing misery to millions of sun-starved and winter-weary residents from the Rockies to the Midwest. “The weather map … looks like something out of The Twilight Zone,” Minneapolis meteorologist Paul Douglas of WeatherNation TV wrote on his blog last week. Record cold and snow has been reported in dozens of cities, with the worst of the chill in the Rockies, upper Midwest and northern Plains. Several baseball games have been snowed out in both Denver and Minneapolis. Cities such as Rapid City, S.D.; Duluth, Minn.; and Boulder, Colo., have all endured their snowiest month ever recorded. (In all three locations, weather records go back more than 100 years.) In fact, more than 1,100 snowfall records and 3,400 cold records have been set across the nation so far in April, according to the National Climatic Data Center. Unfortunately for warm-weather lovers, after some mild temperatures the past few days, the chill is forecast to return as the calendar turns to May: Accumulating snow is forecast overnight Tuesday night and Wednesday in Denver and in Minneapolis-St.Paul by Wednesday night and Thursday, said AccuWeather meteorologist Mark Paquette. And across much of the central USA, temperatures will be from 25 to 45 degrees colder on Wednesday than they were Monday, according to AccuWeather. For instance, Denver should see a high of 35 degrees Wednesday, after a high near 80 on Monday. As for the cause of the ongoing cold? A stuck weather pattern that’s continued to funnel frigid air into the central USA from Canada for the past few months. Specifically, the troublemaker is what’s known as a “blocking” area of high pressure over Greenland, eastern Canada and the North Atlantic Ocean, which favors a cold northwest flow of air over the central and eastern USA, Paquette said. If you want warmth, he said, head west: Hot, dry, windy conditions will prevail this week in much of southern California and Arizona, where highs will top out in the 90s. Meanwhile, in Minnesota, the snow, rain and sleet that has dragged well into April means money lost for golf courses that have been unable to open. Territory Golf Club director Doug Stang in St. Cloud was asked last week if he’ll ever see anything like this spring again: “I don’t think so,” he said. “This is just too bizarre.” –US Today

Jet Stream in chaos: Spring has gotten off to a colder- and snowier-than-average start in parts of the United States, particularly in the eastern Rockies and Upper Midwest. Duluth, Minn., for example, has seen 51 inches (130 centimeters) of snow this April. That’s not only the most snow the town has seen in any April — breaking the old mark of 31.6 inches (80 cm) — but the most snow the town has received in any month, ever, according to government records. As of Monday (April 22), a total of 995 snowfall records have also been broken so far this month, according to AccuWeather. Over the same time period last year, 195 snowfall records had been broken. More than 91 percent of the upper Midwest also has snow on the ground as of today (April 24), meteorologist Jason Samenow wrote at the Washington Post’s Capital Weather Gang blog. “Snow cover in the previous 10 years on this date hasn’t even come close to reaching this extent (ranging from 19 percent to much lower),” he wrote. So why has spring failed to take hold? Blame the jet stream. The record snow and below-average cold is due to a trough or dip in the jet stream, which has brought blasts of freezing air as far south as the Mexican border, said Jeff Weber, a scientist with the University Corporation for Atmospheric Research in Boulder, Colo. This dip in the jet stream has also brought moisture from the Pacific to the Eastern Rockies. Boulder, Colo., for example, saw 47 inches (119 cm) of snow in April, breaking the old record of 44 inches (112 cm). From the dip, the jet stream then swoops up to the north toward Minnesota, bringing new moisture with it from the Gulf of Mexico, Weber said. That has made for snowy conditions throughout the region. This persistent trough has largely stayed in place during much of April, due in part to a stubborn mass of warm air over Greenland and the North Atlantic, Weber said. A similar system was also responsible for the record cold seen in March throughout much of the Eastern United States. This mass of air has blocked the normal eastward progression of the jet stream, which normally brings warm air from the south and west into the central United States. Instead, this “buckled” jet stream has been stuck in place, bathing the Rockies and Upper Midwest in cold, and often moist, air, Weber said. –Live Science

36 Responses to Spring disappears from northern hemisphere: the winter that won’t end