Eurozone official says banks in Spain, Italy, and Europe could be raided to save Euro

Posted on March 26, 2013 by The Extinction Protocol 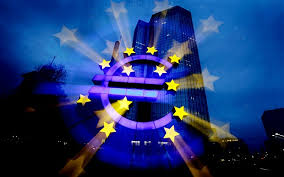 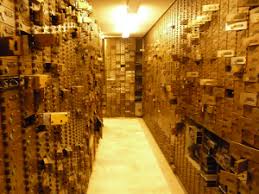 March 26, 2013 – EUROPE – The new policy will alarm hundreds of thousands of British expatriates who live and have transferred their savings, proceeds from house sales and other assets to eurozone bank accounts in countries such as France, Spain and Italy. The euro fell on global markets after Jeroen Dijsselbloem, the Dutch chairman of the eurozone, announced that the heavy losses inflicted on depositors in Cyprus would be the template for future banking crises across Europe. “If there is a risk in a bank, our first question should be ‘Okay, what are you in the bank going to do about that? What can you do to recapitalize yourself?,” he said. “If the bank can’t do it, then we’ll talk to the shareholders and the bondholders, we’ll ask them to contribute in recapitalizing the bank, and if necessary the uninsured deposit holders.” Ditching a three-year-old policy of protecting senior bondholders and large depositors, over €100,000, in banks, Mr. Dijsselbloem argued that the lack of market contagion surrounding Cyprus showed that private investors could now be hit to pay for bad banking debts. “If we want to have a healthy, sound financial sector, the only way is to say, Look, there where you take on the risks, you must deal with them, and if you can’t deal with them, then you shouldn’t have taken them on,” he said. “The consequences may be that it’s the end of story, and that is an approach that I think, now that we are out of the heat of the crisis, we should take.” The announcement is highly significant, as it signals the mothballing of the euro’s €700bn bailout fund, the European Stability Mechanism (ESM), which Spain and Ireland wants to be used to recapitalize their troubled banks. “We should aim at a situation where we will never need to even consider direct recapitalization,” he said. “If we have even more instruments in terms of bail-in and how far we can go on bail-in, the need for direct recap will become smaller and smaller.” The eurozone had been planning to roll out the ESM as a “big bazooka” in mid-2014 that could help save banks and prevent financial turmoil in countries such Spain or Italy, a development that has been delayed by German resistance. Mr. Dijesselbloem’s comments will alarm countries like Ireland and Spain that had been hoping to access the ESM in order to restructure banks without killing off their financial sector by inflicting huge losses on investors. “I think the approach needs to be, let’s deal with the banks within the banks first, before looking at public money or any other instrument coming from the public side,” he said. “Banks should basically be able to save themselves, or at least restructure or recapitalize themselves as far as possible.” In a note published on Monday following the Cyprus bailout deal, Barclays warned that “the decision to bail in senior bank debt and large depositors will likely have a price impact on equity and credit instruments of those euro area banks that are perceived as the weakest.”

From bad to worse: Down in  Mr. Dijsselbloem acknowledged that “there is still nervousness” but claimed that any jitters on financial markets caused by the new approach would be a good thing because it would raise the cost of borrowing for unsound banks, an argument unlikely to win friend in Madrid or Rome. “If I finance a bank and I know if the bank will get in trouble, I will be hit and I will lose money, I will put a price on that,” he said. “I think it is a sound economic principle. And having cheap money because the risk will be covered by the government, and I will always get my money back, is not leading to the right decisions in the financial sector.” Last night, the Dutch finance minister tried to row back from his comments by insisting that “Cyprus is a specific case. Macro-economic adjustment programmes are tailor-made to the situation of the country concerned and no models or templates are used,” he said. Cypriot President Nicos Anastasiades admitted the eurozone bailout deal he struck in Brussels on Monday was painful but said Cyprus could now make a fresh start after having come a “breath away” from collapse. He also said there would be a criminal investigation into the crisis.” –Telegraph

5 Responses to Eurozone official says banks in Spain, Italy, and Europe could be raided to save Euro