Posted on March 5, 2013 by The Extinction Protocol 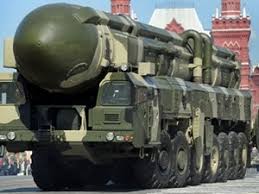 March 5, 2013 – IRAN – Former US Secretary of State Henry Kissinger has warned that a crisis involving a nuclear Iran is in the “foreseeable future.” The Nobel Peace laureate, 89, was speaking about prospects in the Middle East at the World Economic Forum. He said nuclear proliferation in the region triggered by an armed Iran would increase the chances of an atomic war – “a turning point in human history. I believe this point will be reached in a very foreseeable future,” he added. He also urged the US and Russia to co-operate in resolving Syria’s conflict. “There has emerged in the region, the current and most urgent issue of nuclear proliferation. For 15 years, the permanent members of the United Nations Security Council (UNSC) have declared that a nuclear Iran is unacceptable, but it has been approaching,” he said. In his assessment of the stand-off between Iran and Western powers over its nuclear program – which Tehran argues is for peaceful and civilian purposes – Mr. Kissinger called for “serious” negotiations on both sides to look for solutions. “Unilateral intervention by Israel would be a desperate last resort, but the Iranians have to understand that if they keep using the negotiations to gain time to complete a nuclear program then the situation will become extremely dangerous.” The consequences of Tehran’s program, he said, would be that other countries in the region would also want nuclear arms. “The danger is that we could be reaching a point where nuclear weapons would become almost conventional, and there will be the possibility of a nuclear conflict at some point… that would be a turning point in human history,” he said. –BBC

Russia conducts largest nuclear drills in 20 years: Russian nuclear forces conducted a major exercise last month that tested the transport of both strategic and tactical nuclear weapons near Europe, according to United States officials. The exercise raised concerns inside the Pentagon and with the U.S. European Command because it was the largest exercise of its kind in 20 years and involved heightened alert status of Russian nuclear forces. The nuclear drills were part of other military maneuvers in Russia carried out between Feb. 17 and Feb. 21. The exercises followed a recent surge in Russian strategic bomber flights that include a recent circling of the U.S. Pacific island of Guam by two Tu-95 Bear bomber and simulated bombing runs by Tu-95s against Alaska and California in June and July. Pentagon spokesman Lt. Col. Wesley P. Miller sought to play down the nuclear exercise but declined to comment on the movement of nuclear weapons and whether nuclear forces went on a heightened state of alert. “We don’t comment on intelligence matters,” he said. Miller said the nuclear forces maneuvers were “nothing to be concerned about because the Russians, like us, have routine exercises and inspections.” However, a U.S. official said the exercise was a concern within the U.S. national security community becaus 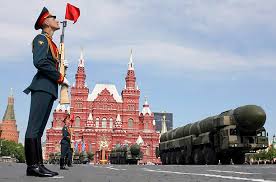 e of the scale of the exercise and the number of weapons being moved. “Certainly it’s a concern when you have this kind of exercise going on,” this official said. The official said another worry is that Russia appears to be increasing the readiness of its nuclear forces at a time when the U.S. nuclear complex is in urgent need of upgrading and the military is facing sharp automatic defense cuts that could affect U.S. nuclear forces readiness in the future. Contractors and employees of the National Nuclear Security Administration, which runs the nuclear weapons complex, were notified of possible furloughs under automatic spending cuts that went into effect March 1, the Hill reported Thursday. Miller said the administration remains committed to a safe, secure, and effective nuclear deterrent. “The administration will ensure continued focus on maintaining a strong nuclear deterrent as part of the president’s comprehensive approach to nuclear security,” under sequester, as the automatic spending cuts are called. He quoted past Defense Secretary Leon Panetta as saying that no decisions on how cuts will be made but that “nothing will be off the table in our review of how best to proceed.” According to the officials, the exercise involved Russia’s secretive 12th Main Directorate of the Defense Ministry, known by its acronym as 12th GUMO, the main military unit in charge of all nuclear weapons. Details of the nuclear exercise are classified, but officials said the 12th GUMO transported a large number of nuclear arms from some of its nuclear munitions depots to storage sites during the exercises. It could not be learned if the Russians provided advance notification of the strategic exercises. Declassified U.S. intelligence reports have identified three large nuclear storage facilities near Europe, including one that is located miles from the intersection of the Rusisan, Latvian, and Belarusian borders. Two other nuclear storage complexes close to Europe are located at Zhukovka, near Belarus, and at Golovchino, near the Ukrainian city of Kharkiv. –Free Beacon

North Korea threatens to end cease-fire: North Korea has threatened to scrap the armistice which ended the 1950-53 Korean War if the South and US continue with an ongoing military drill. “We will completely nullify the Korean armistice,” the North’s KCNA news agency said, quoting the Korean People’s Army (KPA) Supreme Command spokesman. Pyongyang warned it will cancel the Korean War ceasefire agreement on March 11 if the US and its “puppet South Korea” do not halt their joint drills. “We will be suspending the activities of the KPA representative office at Panmunjom (truce village) that had been tentatively operated by our army as the negotiating body to establish a peace regime on the Korean peninsula,” KCNA quoted the spokesman as saying. The announcement from Pyongyang comes as South Korean and US troops launched their annual joint military drills on Friday. Some 10,000 US troops and 200,000 South Korean soldiers are currently taking part in the exercises. North Korea had previously warned the US commander in South Korea of “miserable destruction” if the US military went ahead with the two-month-long exercise, Yonhap News Agency reported on Friday. The North and South are still technically at war after the civil conflict ended in an armistice rather than a peace treaty. During a visit in Qatar on Tuesday, US Secretary of State John Kerry said he hoped North Korea would take part in negotiations over its nuclear weapons program rather than threaten to end the armistice.  –RT

Venezuela expels U.S. diplomats: Hours before announcing that Hugo Chávez died, Venezuela’s government resorted to one of the late president’s favorite ploys to try to unite his supporters: Talk of an alleged conspiracy by the U.S. to destabilize the country. Vice President Nicolás Maduro kicked out two U.S. military attaches for allegedly plotting against Venezuela and even suggested that Washington may have been behind Mr. Chávez’s cancer. Mr. Maduro said that the U.S. Embassy’s Air Force attaché, Col. David Delmonaco, and another unnamed U.S. military official had approached members of the Venezuelan military and tried to recruit them into plans to “destabilize” the oil-rich South American nation. Mr. Maduro didn’t offer further details on the alleged plot. Mr. Maduro also suggested that the country’s “historic enemies,” a phrase long used in Venezuela to refer to the U.S. and its allies, may have caused Mr. Chávez’s cancer. He said the country would likely discover in the future that Mr. Chávez “was attacked with this illness.” –WSJ