Pope Benedict stepping down, cites poor health: world shudders at Malachy’s prophecy of the End of the World

Posted on February 11, 2013 by The Extinction Protocol 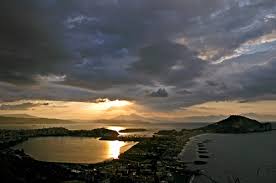 February 11, 2013 – VATICAN – Pope Benedict shocked the world on Monday by saying he no longer had the mental and physical strength to cope with his ministry, in an announcement that left his aides “incredulous” and will make him the first pontiff to step down since the Middle Ages. The German-born Pope, 85, hailed as a hero by conservative Roman Catholics and viewed with suspicion by liberals, told cardinals in Latin that his strength had deteriorated recently. He will step down on February 28 and the Vatican expects a new Pope to be chosen by the end of March. Vatican spokesman Father Federico Lombardi said the Pope had not decided to resign because of “difficulties in the papacy” and the move had been a surprise, indicating that even his inner circle was unaware that he was about to quit. The Pope does not fear schism in the Church after his resignation, the spokesman said. The Pope’s leadership of 1.2 billion Catholics has been beset by child sexual abuse crises that tarnished the Church, one address in which he upset Muslims and a scandal over the leaking of his private papers by his personal butler. The pope told the cardinals that in order to govern “…both strength of mind and body are necessary, strength which in the last few months, has deteriorated in me to the extent that I have had to recognize my incapacity to adequately fulfill the ministry entrusted to me. “For this reason, and well aware of the seriousness of this act, with full freedom I declare that I renounce the ministry of Bishop of Rome, Successor of Saint Peter.” He also referred to “today’s world, subject to so many rapid changes and shaken by questions of deep relevance for the life of faith.” The last Pope to resign willingly was Celestine V in 1294 after reigning for only five months, his resignation was known as “the great refusal” and was condemned by the poet Dante in the “Divine Comedy.” Gregory XII reluctantly abdicated in 1415 to end a dispute with a rival claimant to the papacy. Before he was elected Pope, the former Cardinal Joseph Ratzinger was known by such critical epithets as “God’s Rottweiler” because of his stern stand on theological issues. But after several years into his new job Benedict showed that he not only did not bite but barely even barked. In recent months, the pope has looked increasingly frail in public, sometimes being helped to walk by those around him. Lombardi ruled out depression or uncertainty as being behind the resignation, saying the move was not due to any specific illness, just advancing age. The Pope had shown “great courage, determination” aware of the “great problems the church faces today,” he said, adding the timing may have reflected the Pope’s desire to avoid the exhausting rush of Easter engagements. There was no outside pressure and Benedict took his “personal decision” in the last few months, he added. Israel’s Chief Rabbi praised Benedict’s inter-faith outreach and wished him good health. The Archbishop of Canterbury, head of the Anglican Church, said he had learned of the Pope’s decision with a heavy heart but complete understanding. German Chancellor Angela Merkel said the Pope’s decision must be respected if he feels he is too weak to carry out his duties. British Prime Minister David Cameron said: “He will be missed as a spiritual leader to millions.” The pontiff would step down from 2 p.m. ET on February 28, leaving the office vacant until a successor was chosen to Benedict who succeeded John Paul, one of history’s most popular pontiffs, the spokesman said. Elected to the papacy on April 19, 2005 when he was 78 – 20 years older than John Paul was when he was elected – Benedict ruled over a slower-paced, more cerebral and less impulsive Vatican. –Yahoo

Last successor, Peter Romanus? Cardinal Peter Kodwo Appiah Turkson, President of the Pontifical Council for Justice and Peace,  Archbishop emeritus of Cape Coast (Ghana), was born on 11 October 1948 in Wassaw Nsuta, Ghana. He was ordained for the Diocese of Cape Coast on 20 July 1975 and holds a doctorate in Sacred Scripture from the Pontifical Biblical Institute, Rome. From 1975-1976 and 1980-1981, he served as staff member at St Theresa’s Minor Seminary, and from 1981-1987 as staff member at St Peter’s Major Seminary.  On 6 October 1992 he was appointed Archbishop of Cape Coast and was ordained on 27 March 1993. –Vatican

Lightning strikes the Vatican: They say timing is everything. On Feb. 11, 2013, Pope Benedict XVI announced his resignation, making him the first pontiff in 600 years to do so. Hours after the shocking announcement, lighting struck St. Peter’s Basilica in the Vatican. Just a coincidence? Agence France-Presse tweeted this photo, writing, #PHOTO: Lightning strikes St Peter’s dome at #Vatican on day the #Pope announced resignation, by Filippo Monteforte. –Weather  Could Bertone be another potential papal successor? Bertone was born in Canavese, Italy. Tarcisio Pietro (Peter) Evasio Bertone, S.D.B. (born 2 December 1934) is an Italian prelate and diplomat. A cardinal of the Roman Catholic Church, he currently serves as Cardinal Secretary of State and Camerlengo, having previously served as Archbishop of Vercelli from 1991 to 1995, as Secretary of the Congregation for the Doctrine of the Faith, when Cardinal Ratzinger, the future Pope Benedict XVI, was Prefect, and Archbishop of Genoa from 2002 to 2006. Bertone was elevated to the cardinalate in 2003. Cardinal Odilo Pedro (Peter) Scherer of São Paulo, Brazil is also a strong frontrunner. So with Turkson and Bertone, there could be three potential Peters. –Wikipedia

Stranger: (left) Cardinal Bertone’s coat of Arms shows the Tower sitting on the hill, and Rome is the city of 7 hills. (right) The 16th card of the Tarot, showing lightning striking the tower, marking the overthrow of Babel or Babylon, and the crown comes off the top of the tower. Benedict carries 16 behind his name, and lightning strikes St. Peter’s Basilica (16 letters) after his resignation. Oddly enough, the 16th chapter of Revelation talks about the fall of Babylon and the outpouring of the 7 last plagues. “And the great city was divided into three parts, and the cities of the nations fell: and great Babylon came in rememberance before God, to give unto her the cup of the wine of the fierceness of his wrath.” Revelation 16:19

53 Responses to Pope Benedict stepping down, cites poor health: world shudders at Malachy’s prophecy of the End of the World