Posted on January 25, 2013 by The Extinction Protocol 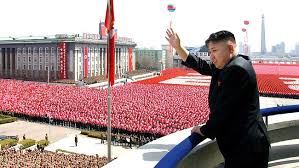 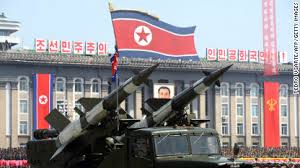 January 25, 2013 – NORTH KOREA – “Troubling and counterproductive” rhetoric from North Korea is inflaming tensions on the Korean peninsula, but ultimately, “we will judge North Korea by its actions, not its words,” the U.S. envoy to North Korea said Friday. In its latest bout of saber-rattling, North Korea on Friday warned of the possibility of “strong physical counter-measures” against South Korea after the United Nations imposed tougher sanctions against the North earlier this week. The threat against South Korea came a day after the North said it would carry out a new nuclear test and more long-range rocket launches as part of a new phase of confrontation with the United States. The statement Friday from North Korea’s Committee for Peaceful Reunification of the Fatherland said it would take action against South Korea if it “takes a direct part” in the U.N. sanctions. The South Korean Unification Ministry declined to comment specifically on the new threats from Pyongyang. It reiterated its stance that North Korea should refrain from further provocations. “Now is a moment when I think all parties in the six-party process, in particular here, North Korea, should turn their attention to how to peacefully and diplomatically address challenges that concern them,” U.S. envoy Glyn Davies said from Beijing. The two Koreas have technically still been at war since the all-out conflict between them in the 1950s. Smaller scale clashes have occurred since then, most recently in November 2010 when North Korea shelled a South Korean island, killing several people. South Korea and the United States are often the focus of menacing language from Pyongyang, but the latest U.N. sanctions, a response to a long-range rocket launched last month by the North, appear to be agitating to North Korea. U.S. Secretary of Defense Leon Panetta said Thursday there are no “outward indications” that North Korea is about to conduct a nuclear test, but he admitted it would be hard to determine that in advance. “They have the capability, frankly, to conduct these tests in a way that makes it very difficult to determine whether or not they are doing it,” he said in a Pentagon press conference. “We are very concerned with North Korea’s continuing provocative behavior,” Panetta said, but he added that the United States is “fully prepared” to deal with any provocations. –CNN

6 Responses to After threats against U.S., North Korea issues threats to South Korea