Is China preparing for war or catastrophe? Mysteriously stockpiles rice and other commodities

Posted on January 12, 2013 by The Extinction Protocol 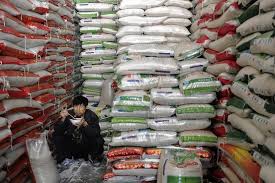 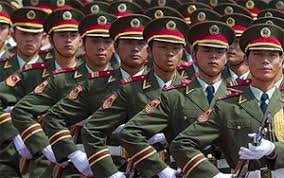 January 12, 2013 – CHINA – Yesterday, it was reported that China – not currently suffering from any food shortages – is amassing rice stockpiles. This past year, the country mysteriously imported four times the rice over 2011 purchases: United Nations agricultural experts are reporting confusion, after figures show that China imported 2.6 million tons of rice in 2012, substantially more than a four-fold increase over the 575,000 tons imported in 2011. The confusion stems from the fact that there is no obvious reason for vastly increased imports, since there has been no rice shortage in China. The speculation is that Chinese importers are taking advantage of low international prices, but all that means is that China’s own vast supplies of domestically grown rice are being stockpiled. Why would China suddenly be stockpiling millions of tons of rice for no apparent reason? Perhaps it’s related to China’s aggressive military buildup and war preparations in the Pacific and in central Asia. Yesterday’s revelation follows reports over the past several years of the Chinese amassing commodities in warehouses throughout the nation. For example, Reuters reported last year that: At Qingdao Port, home to one of China’s largest iron ore terminals, hundreds of mounds of iron ore, each as tall as a three-storey building, spill over into an area signposted “grains storage” and almost to the street. Further south, some bonded warehouses in Shanghai are using car parks to store swollen copper stockpiles – another unusual phenomenon that bodes ill for global metal prices and raises questions about China’s ability to sustain its economic growth as the rest of the world falters. Several months ago, at least one analyst speculated that a commodities buying spree involving 300,000 tons of metals in another Chinese province was motivated by an attempt to keep local smelters running, thereby ensuring continued tax revenues to government. But that doesn’t explain the rice-buying. What we do know is that the world may be headed – led by the United States – toward a period of significant inflation if sovereign debt crises lead to additional “quantitative easing” and other expansions of the monetary supply. –Joe Miller

41 Responses to Is China preparing for war or catastrophe? Mysteriously stockpiles rice and other commodities