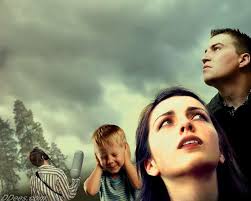 January 9, 2013 – CALIFORNIA – The loud explosion that jolted North Hollywood on Tuesday night remained a mystery the next morning, authorities said. An officer at the Los Angeles Police Department’s North Hollywood station said police searched the area for a half an hour Tuesday night but had no luck in determining what caused the sound. The officer said police received numerous calls about the noise. At about 9:30 p.m., numerous people began tweeting about a loud explosion. Some thought it had come from a North Hollywood Metro station; others reported hearing an explosion in Studio City. “Mysterious explosion a few minutes ago. What’s going on? #LA” tweeted @ThatVitalSpark. “Seriously, any leads what the hell this boom was in North Hollywood? Im shook up a bit” tweeted @RajRawal37. A Reddit user posed the question: “What just blew up in North Hollywood?” By 10:30 p.m., there were more than 120 comments, but no crowd-sourced answer. However, possibilities ranging from alien invasions to meteors were proposed. –LA Times

Massachusetts mystery: Salem and Marblehead police officers searched the area of Ocean Avenue early Saturday morning for evidence of what could have caused the large boom that prompted residents across the area to call 911. According to Sunday morning’s Salem police log, At 1:34 a.m., police received multiple calls regarding a “loud bang” on Ocean Avenue. They were unable to locate the source. Many of our readers in Marblehead also reported hearing the sound, which has some town residents wondering whether or not it is coming from the harbor. This isn’t the first time we’ve written about mysterious explosion noises being reported in the area late at night. Theories offered so far have included youngsters with powerful fireworks, cannons from boats in the harbor, malfunctioning electrical transformers, UFOs and the shifting of tectonic plates under the city. –Marblehead Patch

South Carolina mystery: Residents of Red Bank in Lexington County appear to have gotten a loud awakening Thursday morning as multiple reports indicate a loud booming noise in the area. WIS News 10 viewers poured onto our Facebook page this morning to report the sound. “What was the horrific boom in the Redbank area,” asked Lisa Russell Fields. “People are saying it sounded like a plane crash or explosion. I also heard the ‘big boom’ this morning. So did a lot of other people, it sounds like a close cannon or something and will shake the whole building/house,” said Jennifer Lee Stokes Kleine. “Does anyone have a concrete explanation for the loud boom that shook houses in Lexington County around the Redbank/YMCA/Old Barnwell Road area this morning around 8:30 a.m.,” said Mary Frances Henry Bell. So, what was it? The Lexington County Sheriff’s Department doesn’t know either. “Law enforcement officers and public safety personnel have been unable so far to determine the source of the noise,” said Sheriff’s Department spokesman Maj. John Allard. “No explosions have been reported.” A similarly loud explosive noise happened last year in the South Congaree portion of Lexington County. Residents reported then being woken up to the boom around 8 a.m. on a Sunday. Seismographs at the University of South Carolina even measured something in the area. However, there was never a determined cause for that loud noise either. –WISTV

stery: Hundreds of people from Weber County to Utah County, and some as far north as Rock Springs, Wyoming reported that they felt shaking or heard loud booms Tuesday night around 9 p.m. The FOX 13 Newsroom received several calls from concerned citizens about the phenomena shortly after 9 p.m., but the cause remains a mystery. Representatives for the University of Utah’s Seismograph stations said there was not an earthquake, ATK said they were not conducting any rocket tests, the Utah National Guard said they were not conducting any weapons or artillery training and Hill Air Force Base said they did not have any planes in the air after 6 p.m. A map of earthquakes over the last day shows no activity in Northern Utah, or anywhere in the state. The closest quake was a relatively small 2.6 magnitude near Bishop, Calif., more than 500 miles from Salt Lake City. The equipment at the University of Utah Seismograph stations did, however, record “sonic activity” at the time people said they were hearing the booms, but the cause of the sonic activity has not been identified. There is also a theory that the heavy inversion layer may have amplified a blast on the ground or in the air, making it seem closer and louder than reality. While that is possible, it is still unclear what caused the noise. –Fox 13

See Wikipedia listing for the some of the latest incidents reportedly heard across the U.S.

118 Responses to They’re back: Unexplained ‘booming noises’ reported from South Carolina to California