January 9, 2013 – EARTH – One hundred thousand years ago, a massive chunk of the Mauna Loa volcano cracked away from Hawaii and slid into the sea, launching a wave that rose as high as the Eiffel tower up the slopes of a nearby island. That mega-tsunami was not an isolated incident: the past 40,000 years have seen at least ten gigantic landslides of more than 100 cubic kilometers in the North Atlantic ocean alone, each capable of producing waves tens to hundreds of meters high. Another is bound to happen sometime — although whether it will strike tomorrow or 10,000 years from now is anyone’s guess. Earth is now in the middle of a flare-up of supervolcanic activity. Over the past 13.5 million years, no fewer than 19 giant eruptions have each spewed more than 1,000 cubic kilometers of rock — enough to coat an entire continent in a few centimeters of ash and push the planet into ‘nuclear winter’. One of the most recent such eruptions, of Toba in Indonesia 74,000 years ago, was such a catastrophic event that some scientists have blamed it for starting the last ice age and slashing the human population to about 10,000 people. One estimate1 suggests that there is a 1% chance of a super-eruption in the next 460–7,200 years. 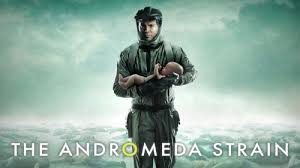 Andromeda Strain: Although viruses and bacteria grab more attention, fungi are the planet’s biggest killers. Of all the pathogens being tracked, fungi have caused more than 70% of the recorded global and regional extinctions, and now threaten amphibians, bats and bees. The Irish potato famine in the 1840s showed just how devastating such pathogens can be. Phytophthora infestans (an organism similar to, and often grouped with, fungi) wiped out as much as three-quarters of the potato crop in Ireland and led to the death of one million people. Potato blight is still a threat: 13_A2, a highly aggressive strain of P. infestans, is now rampant in Europe and North Africa. Across the globe, Phytophthora causes some US$ 6.7 billion in annual damages, according to a 2009 estimate4. Sarah Gurr, a plant pathologist at the University of Oxford, UK, estimates that the worst theoretical potato infestation would deprive 1.3 billion people of food each year. Other major staple crops face similar threats, such as rice blast (Magnaporthe oryzae), corn smut (Ustilago maydis), soya bean rust (Phakopsora pachyrhizi) and wheat stem rust (Puccinia graminis). The stem-rust superstrain Ug99 has in recent years slashed yields in parts of Africa by as much as 80%. If all five crop staples were hit with fungal outbreaks at the same time, more than 60% of the world’s population could go hungry, says Gurr. “That’s apocalyptic”, but unlikely, she says — “more of a James Bond movie”. David Hughes, a zoologist at Pennsylvania State University in University Park, adds that terrorists could use fungi to wreak havoc by targeting economically important crops. In the 1980s, for example, a possibly deliberate infection wiped out cacao crops in northern Brazil, changing the country’s demographics and ecology as people moved from unproductive farms to the cities and cleared more rainforest. “If you wanted to destabilize the world, you could easily introduce rubber blight into Southeast Asia,” he says, which would trigger a chain reaction of economic and political effects. Modern agriculture has exacerbated societies’ vulnerability by encouraging farmers to plant the same strains of high-yield crops, limiting the variety of resistance genes among the plants, says Gurr. “We’ve skewed the arms race in favour of the pathogen,” she says. “That’s why we’re on the brink of disaster.” Researchers estimate that there are 1.5 million to 5 million species of fungi in the world, but only 100,000 have been identified. Reports of new types of fungal infection in plants and animals have risen nearly tenfold since 1995 (ref. 3). Gurr suggests that climate change might be a culprit. Humans have cause for concern as well. In the past decade, a tropical fungus called Cryptococcus gattii has adapted to thrive in cooler climes and invaded the forests of North America’s Pacific Northwest. By 2010, it had infected some 280 people, dozens of whom died. Although fungi are not spread as easily from person to person as viruses, for example, and anti-fungal agents can effectively tackle most infections, there are still reasons to worry. Fungi continue to evolve, and once they are established in an ecosystem, they can be almost impossible to wipe out. Given these trends, experts say that fungi have not received enough attention from researchers and governments. “I’d be very surprised if an abrupt fungal infection killed a large swathe of people. But it’s not impossible,” says Matthew Fisher, an emerging-disease researcher at Imperial College London. “Complacency is not a recommended course of action.” –Nature