Bad moon rising: ‘It’s the end of the world, and they know it’

Posted on September 1, 2012 by The Extinction Protocol 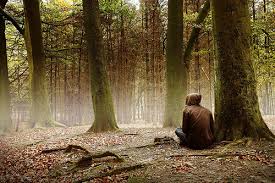 September 1, 2012 – SURVIVAL – Imagine the world you know ends tomorrow. Imagine electrical grids failing, supermarkets closing and the safety nets of modern civilization crumbling, leaving millions of Americans without food and drinkable water. Though the idea seems extreme to most people, some are preparing for such a scenario. So called “preppers” or “survivalists” are amassing food, shelters and knowledge to withstand a world different from the one that exists today. Even small-scale disasters can prove stressful if not disastrous, as tens of thousands of Monmouth County residents learned in July when a water pipe line collapsed, disrupting drinking water from the tap. That’s a scenario Jason Borrelli, a 2005 Point Pleasant Beach High School graduate, is prepared to face. Borrelli and his fiancée have amassed a collection of water bottles so vast, the storage space under his queen-size bed is stuffed with the containers. “I’ve stockpiled water like it’s nobody’s business,” said Borrelli, 26. The space under another queen-size bed in the couple’s Florida home is completely filled with toiletries that they plan to barter for food and supplies, if needed. In addition, several closets in the couple’s home store nonperishable food. Though he fears a disease pandemic, economic collapse is most likely to cause the kind of catastrophic disaster he is preparing for, he said. Such a collapse “is going to happen sooner or later,” Borrelli believes. A prepper is an “all-encompassing term that defines someone whether they prepare for a disaster or whether they’re interested in sustainable living,” said Tom Martin, founder of the American Preppers Network. The network started as a social media website in 2009 with about 100 hits a day and has since grown about a million individual visitors a month, Martin said. Visitors there discuss concerns about recent events in the news, such as fires in the western United States, rising food prices, access to oil and economic instability, he said. And there’s a wilderness survival school. Led by master tracker and author Tom Brown Jr., 62, of Waretown, about 100 students gathered miles into the woods for lessons on curing animal hide, primitive cooking, shelter-building and hunting prey without the use of modern devices. It is here that the most serious of survivalists come to train for a world without frozen foods, factories and electricity. Modern humans are “alien to their own environment. They don’t belong. If something happens … they’re dead,” Brown said. The school “gives them insurance policy that no matter what happens, whether it’s deep in the wilderness or in a city/suburban environment, they will survive,” Brown said. With the right knowledge, Brown said “no matter how bad it gets in the world, you pull that car off the side of the road, step off that bus or train, walk into the wilderness and never need another damn thing for the rest of your life. … That’s freedom.” –App

31 Responses to Bad moon rising: ‘It’s the end of the world, and they know it’