Posted on August 30, 2012 by The Extinction Protocol

From increased ice melt reported from the Greenland Ice sheet to the sublimation of methyl hydrates near Spitsbergen, to an increased number of swarms and large earthquakes; the dynamics of the Arctic Circle is quickly and ominously morphing.

August 30, 2012 – ARCTIC CIRCLE – A powerful 6.8 magnitude earthquake erupted in the Jan Mayen Island region of the Arctic Circle, north of Iceland. The earthquake had a depth of 9.9 km (6.2 miles) and was followed by a 5.2 magnitude aftershock. Seismic turbulence has been increasing in the Arctic Circle in the month of August, as seen from the map above. On August 14, a – 7.7 magnitude earthquake struck in the Sea of Okhotsk near NE Russia. Today’s 6.8 magnitude Arctic earthquake was preceded by double moderate tremors along the Western Indian-Antarctica Ridge in the 5.4 and 5.0 range. The seismic dynamism that has the planet reeling, from pole to pole, increases the potential for major seismic disturbances along the Nazca plate of South America, the Cocos plate, along Central America; and, or the SW region of the U.S. near the Gulf of California, where the Pacific and North American plate are experiencing increased agitation. –The Extinction Protocol 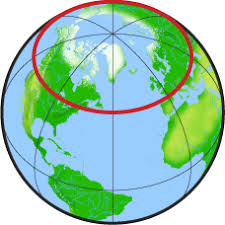 Arctic quakes increasing: A powerful earthquake shook the Norwegian island of Jan Mayen, about 700 kilometres north of Iceland, shortly before 2 p.m. local time on Aug 30. The magnitude of the earthquake, which had its epicenter 428 km east-northeast of Ittoqqortoormiut in eastern Greenland, was initially measured at 7.0 on the Richter scale, used to determine how strong an earthquake is.  But the earthquake’s magnitude has now changed to 6.6. The station manager at the Norwegian research facility station on the island of Jan Mayen said the earthquake was dramatic. Thor Paul Gjelseth said the ground “was shaking, and people found it difficult to stand upright. Stuff from the walls fell down from the walls everywhere, and we now have our hands full cleaning up,” Gjelseth told VG Nett. Iceland’s Meteorological Office also reported an earthquake near Reykjavik, with a magnitude of 4.1. Over the past 80 years, about 2,000 earthquakes have been recorded in Nunavut. Most are of these have been minor, falling below a magnitude of 4.0 on the Richter scale. These light earthquakes may make a low rumbling noise, but they produce little movement of the ground. But Nunavut and northern Nunavik, where a 2006 earthquake of 4.0 magnitud 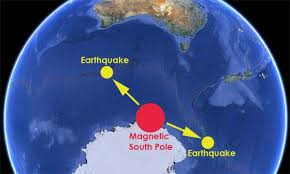 e shook Puvirnituq, are among the most earthquake-prone zones in Canada. According to data gathered by the Geological Survey of Canada, the northeast coast of Baffin Island and the High Arctic islands have a particularly high incidence of earthquakes. In nearby Greenland, the annual number of glacial earthquakes is rising, a study from 2006 shows. From 1993 to 2002, there were between six and 15 a year, but in 2003, earthquake scientists — or seismologists — who track the movements of the earth, recorded 20 glacial earthquakes; in 2004, they recorded 24; and, for the first 10 months of 2005, they recorded 32. The seismologists also found that the earthquakes occurred mainly during the summer months, which suggested these movements were associated with rapidly melting ice. –Nunatsaiq

Record melt of Arctic sea ice: “It’s hard even for people like me to believe, to see that climate change is actually doing what our worst fears dictated,” said Jennifer A. Francis, a Rutgers University scientist who studies the effect of sea ice on weather patterns. Scientific forecasts based on computer modeling have long suggested that a time will come when the Arctic will be completely free of ice in the summer, perhaps by the middle of the century. This year’s prodigious melting is lending credibility to more pessimistic analyses that it may come much sooner, perhaps by the end of the decade. “It’s an example of how uncertainty is not our friend when it comes to climate-change risk,” said Michael E. Mann, a climate scientist at Pennsylvania State University. “In this case, the models were almost certainly too conservative in the changes they were projecting, probably because of important missing physics.” –Anchorage Daily News

67 Responses to Major earthquakes strike near north and south poles