Global economic implosion from a new conflict in the Middle East

Posted on August 23, 2012 by The Extinction Protocol 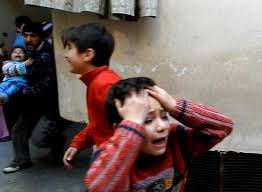 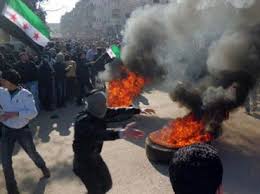 August 23, 2012 – ECONOMY – In the minds of the general public, the economic distress that we will soon face regardless of whether or not there is ever a war with Iran and Syria will be an afterthought, at least for a time, if the threat of global combat becomes reality. The fog of war is a fantastic cover for all kind of crime, most especially the economic kind. Sizable wars naturally inhibit markets and cause erratic flux in capital flows. Anything, and I mean anything, can be blamed on a war, even the destruction of the U.S. economy and the dollar. Of course, the real culprits (international and central banks) which have been corrupting and dismantling the American fiscal structure for decades will benefit most from the distraction. Syria and Iran are, in a way, the first dominos in a long chain of terrible events. This chain, as chaotic as it seems, leads to only one end result: Third world status for almost every country on the planet, including the U.S., leaving the financial institutions, like monetary grim reapers, to swoop in and gather up the pieces that remain to be fashioned into a kind of Frankenstein economy; a fiscal golem. A global monstrosity that removes all sovereignty whether real or imagined and centralizes the decision making processes of humanity into the hands of a morally bankrupt few. For those on the side of Israel, the U.S., and NATO, and for those on the side of the Middle East, Russia China, etc., the bottom line is, there will be no winners. There is no “best case scenario.” There will be no victory parade, for anyone. There will be no great reformation or peace in the cradle of civilization. The only people celebrating at the end of the calamitous hostilities will be the hyper-moneyed power addicted .01%, who will celebrate their global coup in private, laughing as the rest of the world burns itself out, and comes begging them for help. –Hamsayeh