Posted on August 1, 2012 by The Extinction Protocol 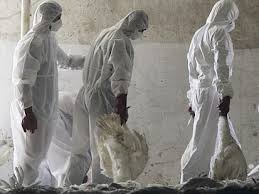 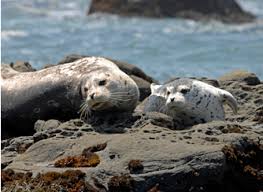 The virus developed the ability to attack mammalian respiratory tracts, scientists learned. H3N8 is a subtype of the species Influenza A virus that is endemic in birds, horses and dogs. In 2012, it was reported to have been found in seals.

August 1, 2012 – HEALTH – A new strain of avian flu that jumped from birds to mammals is responsible for the death of more than 160 seals off the New England coast last year, scientists announced Tuesday. The virus could theoretically pose a threat to human health, they said. Harbor seals — most of them babies less than 6 months old — began appearing with severe pneumonia and skin lesions in September of last year, the researchers said. Over the next few months, at least 162 dead seals were recovered along the coast from Maine to Massachusetts, they said. Mutant bird flu would be airborne, scientists say. Testing pointed at a new strain of the H3N8 flu virus being called seal H3N8. “When initial tests revealed an avian influenza virus, we asked the obvious question: How did this virus jump from birds to seals?” lead researcher Simon Anthony of Columbia University said. The virus developed the ability to attack mammalian respiratory tracts, scientists learned. It may also have developed enhanced virulence and transmission in mammals, they said, but they need to do more tests to be sure. Avian flu has spread to humans before, most notably H1N1 and H5N1, so the new strain could pose a threat to public health, scientists warned. “HIV/AIDS, SARS, West Nile, Nipah and influenza are all examples of emerging infectious diseases that originated in animals,” said W. Ian Lipkin, director of the Center for Infection and Immunity at Columbia University. “Any outbreak of disease in domestic animals or wildlife, while an immediate threat to wildlife conservation, must also be considered potentially hazardous to humans,’ he said. The research is published in the journal mBio. –CNN