Posted on July 24, 2012 by The Extinction Protocol 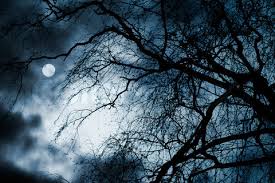 July 24, 2012 – WORLD – At least 3 men accused of making threats during or after watching the new Batman movie have been arrested in separate incidents, underscoring moviegoers’ anxieties and heightened security in the wake of a deadly mass shooting at a Colorado theater showing the film. A Maine man was arrested when he told authorities that he was on his way to shoot a former employer a day after watching “The Dark Knight Rises,” Maine state police said Monday. Timothy Courtois of Biddeford, Maine, had been stopped for speeding, and a police search of his car found an AK-47 assault weapon, four handguns, ammunition and news clippings about the mass shooting that left 12 people dead early Friday, authorities said. Former graduate student James Holmes, 24, is accused of opening fire in a theater in a Denver suburb. The shooting also injured 58 people. Courtois said he had attended the Batman movie on Saturday, although police have not confirmed whether he actually saw the film. “I guess we’re taking everything at face value,” State Police Lt. Kevin Donovan said. “It’s very scary.” Police searched Courtois’ home later Sunday and found a machine gun, several other guns and thousands of rounds of ammunition. “We do

n’t know what his true intentions were,” said Steve McCausland, spokesman for the Department of Public Safety. “Based on the arsenal that was confiscated, we brought in our counterparts from the FBI and ATF to assist with the investigation.” Courtois was charged with speeding and possession of a concealed weapon. In Southern California, a man at a Sunday afternoon showing of the film was arrested after witnesses said he made threats and alluded to the Aurora shooting when the movie didn’t start. Los Angeles County sheriff’s deputies were called to a cinema complex in Norwalk after moviegoers said 52-year-old Clark Tabor shouted: “I should go off like in Colorado.” They said he then asked: “Does anybody have a gun?” A security guard saw Tabor with a backpack on his knees in the second row, but deputies who searched the bag, the theater and its surrounding area did not find any weapon. Separately, moviegoers in Sierra Visa, Ariz., panicked when a man who appeared intoxicated was confronted during a showing of the movie. The Cochise County Sheriff’s office said it caused “mass hysteria” and about 50 people fled the theater. –Yahoo News