Newt Gingrich warns of vulnerable U.S. power grid: we could be without power for ‘months, or even years’

Posted on July 14, 2012 by The Extinction Protocol 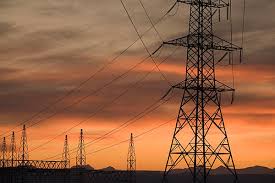 July 14, 2012 – WASHINGTON – After recent storms knocked out power for more than 3 million people in the middle of a record heat wave former Speaker of the House Newt Gingrich decided to open up about America’s vulnerable power grid. In an opinion piece posted on The Washington Post Gingrich writes: “Without power, the comforts of home become worthless. You sit in the sweltering heat, realizing you are living in a box that, without electricity, is a trap. You pray for the “juice” to return before your groceries go bad. You either make do in the heat or find refuge with friends who have electricity.” Newt claims that the power grid is created in such a ways that doomsday-level damage could be caused if the United States were to be hit with an electromagnetic pulse (EMP) strike or even a major solar storm. The former speaker is worried that a nuclear weapon detonated over the atmosphere of the continental United States could cause an EMP that would knock power out for months, perhaps even years. Gingrich also points to the Carrington Event of 1859, a solar storm that since that time has caused geomagnetic disturbances every 75 years. While we make think the possibility of a solar storm causing major issues is not possible in 1989 a space storm knocked out power to millions of people in Quebec for several hours. Several hours during a moment of attack is all it would take to leave the United States vulnerable to attack, not to mention disrupting telecommunications, transportation and general power. So what exactly could be affected? Newt Gingrich provides the following scenario: “Suppose that, rather than being a temporary disruption in our lives, the power outage lasted weeks or months, or even years. Consider what state all of us, from the richest to the poorest, would be in if we were still literally in the dark. Millions could be trapped in houses or apartments that were never designed for this climate without air conditioning. No cool air; months with no food shipments and every pharmacy shut down — no refills for life-sustaining medications.” –Inquisitr

56 Responses to Newt Gingrich warns of vulnerable U.S. power grid: we could be without power for ‘months, or even years’