Debt, threat of terrorism, fear of US hegemony: everything is pushing nations toward a New World Order

Posted on June 25, 2012 by The Extinction Protocol 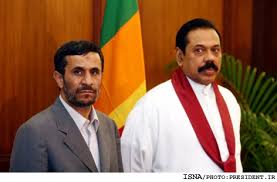 June 25, 2012 – NEW WORLD ORDER – Iranian President Mahmoud Ahmadinejad and President Mahinda Rajapaksa have stressed the need for a new world order at their meeting over the weekend. The two leaders met on the sidelines of the Rio+20 UN Conference on Sustainable Development in Rio, Brazil. “Cooperation among independent States is essential for their progress forward; the justice-seeking nations should cooperate to design a new global order; those who are behind today’s problems do not deserve designing the new order,” the two leaders said. “Independent States are under great pressure from hegemonic powers but they should understand the fact that the pressure including the sanctions and resolutions will not affect the nations’ desire to resist; the biggest violators of human rights use the issue as an excuse to confront sovereign nations. Arrogant powers use environmental issues too as an excuse to pressure developing nations but if they were real defenders of the environment they would change their polluting technologies.” The Iranian president said that those who are afraid of change of the current world order are designing plots to weaken independent States and prevent their progress; the Non-Aligned Movement summit in Tehran is an opportunity to take positive 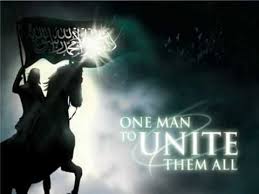 steps in favour of independent nations; Today’s world lacks independent movements and NAM has the capacity to fill the gap, he said. Ahmadinejad also said that Iran is committed to expand cooperation with Sri Lanka. President Rajapaksa for his part, welcomed the development of bilateral relations with Iran, noting that NAM should become stonger to confront the pressure posed by arrogant powers. “The holding of the NAM summit in Tehran can boost its role in the international community,” he said. The 16th summit of the NAM member States will be held in Tehran from August 26-31. Iran will receive the rotating presidency of the movement from Egypt for three years during the Tehran summit. NAM comprises some 120 member States and 17 observer countries. It represents nearly two-thirds of the UN members. The Non-Aligned Movement is the largest grouping of countries outside the United Nations, aimed at giving a voice to the developing world. The organisation was founded in the former Yugoslavia in 1955. NAM’s 118 member States represent around 56 percent of the world’s population. The movement also has 17 observer members. The purpose of the organisation as stated in the Havana Declaration of 1979 is to ensure ‘the national independence, sovereignty, territorial integrity and security of non-aligned countries.” –Sunday Observer 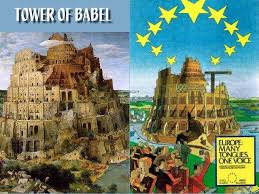 Debt and the rise of Global Governance: World/Eurozone leaders have come up with only one solution for the immediate debt tsunami in Europe and that is tighter fiscal and political relations where citizens (you) of member states must surrender their democratic rights and the most indebted nations hand over private and state assets to the larger nations (Germany) in order to justify such bailouts to their respective electorate in a wealth extraction exercise reminiscent (OK subtler version) of that taken by Germany in World War II. There are only two conclusions to be drawn here; either our leaders knew that the system would break or they did not through passive incompetence and the latter seems highly improbable due to the resources and information at their disposal whilst in power. They had huge government (and supra-government) machines servicing them don’t forget. So they chose t

o not inform the public of this matter because, whether they just wanted the bubble to pop on someone else’s watch or the alternative, it does enter the realms of conspiracy theory, and I am not going to go there but I will make two predictions that will sound like a very familiar conspiracy theory. In fact as China, America and Saudi are being tapped on the shoulder for a handout to save Europe so one would imagine there will be guarantees expected which, may back up the predictions below. We will either see the end of democracy and total global unification to maintain the status quo sold to us as the only way to return to the previous living standards in the developed world. The entire system collapses taking us back to the dark ages from which will arise very quickly a solution, which will be the end of democracy and total global unification sold for the same reasons as above because European integration won’t go far enough to provide long term stability-a New World Order; with the global unification being in the form of a carve up between like minded ‘worthy’ people. –The Economic Voice

Foreign soldiers on U.S. soil in massive international and NATO training exercise in Tampa, Fl in May of 2012.

69 Responses to Debt, threat of terrorism, fear of US hegemony: everything is pushing nations toward a New World Order