Violence breaks out on Israel’s Egypt and Gaza borders

Posted on June 18, 2012 by The Extinction Protocol 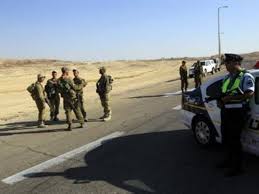 June 18, 2012 – ISRAEL – Militants who crossed into Israel from Egypt’s Sinai desert fired on Israelis building a barrier on the border on Monday, killing one worker, before soldiers shot and killed two of the attackers, Israel’s military said. Hours later, an Israeli air strike on the northern Gaza Strip killed two militants on a motorcycle. Islamic Jihad said they belonged to their group. The military said the strike was not linked to the incident on the border. The Sinai attack, launched soon after Egypt’s Muslim Brotherhood declared victory in the country’s presidential election, raised Israeli concerns about lawlessness in the area since the fall of former President Hosni Mubarak in 2011. “We can see a disturbing deterioration in Egypt’s control of the Sinai’s security,” Israeli Defense Minister Ehud Barak said, commenting on the attack. “We are waiting for the election results. Whoever wins, we expect him to take respon 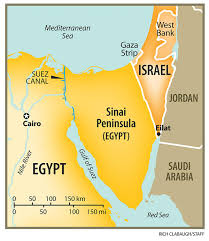 sibility over all of Egypt’s international commitments, including the (1979) peace treaty with Israel and security arrangements in the Sinai, and to put an end to these attacks swiftly,” he told reporters. Three gunmen crossed into Israel from the Sinai desert, the Israeli military said. Spokesman Yoav Mordechai said “a terrorist squad opened fire and possibly also fired an anti-tank rocket at an area where (Israel) is constructing the border fence.” Soldiers who rushed to the scene killed two of the militants but could not find the third, who may have returned to Egypt, the military said. A military source said the worker killed was an Arab citizen of Israel. There was no immediate claim of responsibility for the attack, about 30 kilometers (18 miles) from the Gaza Strip. Israel is building a fence along the frontier to curb an influx of African migrants and boost security, and hopes to complete it by the end of the year. It will run along most of the 266 km (165 miles) from Eilat, on the Red Sea, to the Gaza Strip. –Reuters