Posted on June 11, 2012 by The Extinction Protocol 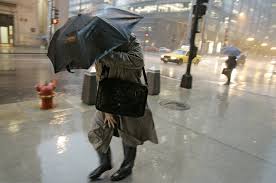 June 11 2012 – ECONOMY – Chief economic advisor Kaushik Basu has warned that if the Eurozone breaks up finally, it will be more disastrous than the 2008 global financial crisis triggered by the fall of the Wall Street banks, from which the global economy is yet to recover. “If Europe does slip into a crisis, it is going to be a very difficult time. There is no escaping from that. Though we (government and the Reserve Bank) have a team that is working on different scenarios, to see how we will react, it will be a lie to say that we have the strength to weather that. It will hit us in the face,” Basu told an Exim Bank organized here over the weekend. Stating that a deeper European crisis was not impossible, he said there would be a jolt and it could spin Europe into a big crisis. “It is going to be a difficult one or two years for the world for sure.” However, he said on the positive side, “Thankfully, Europe is no longer our biggest export destination, to the Middle East we probably export more today.” But he warned that the impact on us will be indirect. “Europe being a major driver of growth and if it slows down, even if we don’t get a direct hit, the US is going to get hit immediately; China is going to get hit immediately. So the impact on us will come to us through our trading partners.” Citing how the Lehman fall engulfed the whole world in 2008, Basu said, the 2008 crisis made it clear it is not just from the goods directly being sold, but the crisis in the financing sector that the world got engulfed. Explaining the rationale for his fear on the global front, he said the problem will arise in 2014, when the LTRO (long term refinancing operations of the European Central Bank or ECB) payback comes in December 2014 and February 2015, when as much USD 1.3 trillion need to be paid by 800 banks to the ECB. This will sap the entire banking system, he warned. However, Basu expressed hope that by 2015, the world economy, especially the emerging economies, will be better off by that time, saying “the emerging economies are in a position to build strength (during this interval) so when we come out of this tunnel, we will be at the top of it. We will come out on top of growth drivers by 2015.” The over two-year old Eurozone crisis, triggered by the sovereign debt crisis of Greece, is yet to be resolved and more and more countries are looking for bailout. The latest to join the bailout club is Spain. –Money Control 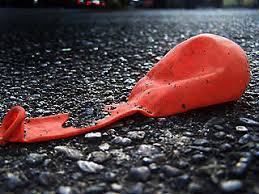 Market rally on Spanish bank bailout fizzles: Financial market euphoria over a European bailout for Spain’s debt-stricken banks faded quickly on Monday as investors sounded the alarm over its impact on public debt and bondholders, and eyed the next risks in the euro zone’s debt crisis. EU and German officials said Spain faces supervision by international lenders after the deal to lend Madrid up to 100 billion euros ($125 billion), contradicting Prime Minister Mariano Rajoy who insisted the cash came without such strings. European stocks leapt to a four-week high, with investors scooping up battered financial shares. But Spanish and Italian bond yields rose sharply as doubts set in about the impact and terms of the deal, designed to avert a run on Spanish banks. Cyprus, which is deeply exposed to Greece, strongly hinted on Monday that it may apply for an international bailout before the end of this month, both for its banks and for the state. It would be the fifth member of the 17-nation euro area to require assistance since the debt crisis erupted in Greece in late 2009. The European Commission’s top economic official, Olli Rehn, told Reuters in an interview that the pre-emptive action to support Spain “is critical for calming down market turbulence in Europe and (ensuring) the proper functioning of the financial system in Spain.” –Reuters