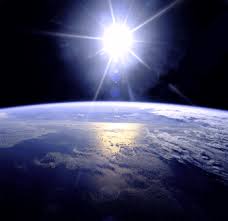 May 15, 2012 – EARTH – The biennial survey shows the world is still consuming far more than the Earth can replenish, along with a widening and “potentially catastrophic” gap between the ecological footprints of rich and poor nations. “The report is clear that we’re still going downhill, that our ecological footprint, the pressure we put on the earth’s resources, continues to rise so we’re now using 50% more resources that the earth can replenish and biodiversity continues to decline,” said Jim Leape, Director General of WWF International. The report includes a list of the world’s top 10 polluting countries topped by Qatar, Kuwait and the United Arab Emirates in the Middle East. They’re followed by Denmark, Belgium and the United States. Australia, Canada, the Netherlands and Ireland make up the remainder. Countries are ranked on their consumption of renewable resources versus their bio-capacity, or ability to produce renewable resources and absorb CO2 emissions. Dominating the list are high-income countries, whose average ecological footprint is now five times that of low-income nations. And the gap is increasing. Between 1970 and 2008, the ecological footprint of high-income nations rose seven percent, the report said. Over that period, the same index for poor countries tumbled 60%. The disparity indicates richer nations are buying resources from poorer countries which have natural resources available to exploit, the report said. “What one of the things that we as a global community have been slow to realize is that even in an industrialized economy will still demand very directly on the health of natural systems to provide the water we drink and to keep the climate stable,” Leape said. “As you see forest loss continue, as you see the depletion of rivers, you are undercutting the foundation for economic development in those countries,” he said. –CNN