Are honey bees headed towards extinction?

Posted on March 12, 2012 by The Extinction Protocol 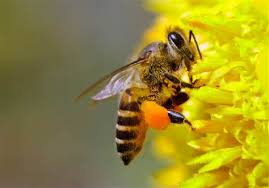 March 12, 2012 – WORLD – We have all heard about several animal species becoming extinct, even in the modern world, humans have seen whole generations of some animals disappear. Will bees become one of them? Some experts believe that the bees could be about to die and at least one third of our food depends on pollination of flowering plants. Einstein once said: “If the bees disappear, mankind would have only 4 more years of life.” Over 3 million colonies of bees have died in the USA since 2006 and over a thousand millions of bees have died in this period in the world. Scientists believe that the main reason could be the pesticides (found more than 121 pesticides in samples of bees, pollen, and wax). Another phenomenon that has perplexed scientists is that many of the colonies are abandoned, but they are the bodies of bees, in what has been called the Mary Celeste Syndrome (as inexplicably abandoned ship). Some studies relate the effect produced by telecommunications towers with the disorientation of the bees, leaving them unable to return to their hive. Many of the companies engaged in beekeeping are facing serious economic problems while the research to find the causes of the disappearance of millions of bees has a number of funds proportionate to the seriousness of the problem. –News Pakistan

31 Responses to Are honey bees headed towards extinction?