Posted on March 3, 2012 by The Extinction Protocol 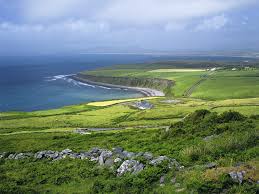 March 3, 2012 – IRELAND – Despairing residents in a remote Kerry parish have told how their lives have been made a living hell by a mystery humming noise that is disrupting their sleep and causing chaos every day. They are pleading with the Government to investigate the source of the constant, pulsating, low-frequency noise that cannot be traced despite repeated efforts. Frustrated locals in a rural part of Beaufort, 15km from Killarney, have been hearing the bizarre noise since early last year but cannot find what is causing it. Resident Barry Lynch said: “The first time we heard it was in Apr 2011 and it has been there 24/7 since then. We are nearly gone out of our minds because we can’t get a decent night of sleep and its there all day, every day. There are no mobile phone masts, windmills or generators in the area and the ESB has assured us that the problem is not due to any high-tension wires in the area. We thought the noise might be coming from water pumps installed in the area by Kerry County Council but an engineer switched the pumps off for a trial period and the noise was still there.” He said that neighbors over a 7km radius have also complained about the sound. “One neighbor went to the doctor because he thought he was having a problem with his hearing. It is placing a huge strain on my own partner who can’t sleep at night, even when she wears earplugs.” Mr. Lynch said the noise was even more noticeable inside his home and despite extensive insulation, the whole building appears to vibrate, particularly in the stillness of night. “The whole thing is very unpleasant and it is really bothering us. We don’t know what we can do. We are pleading with the Department of the Environment or some other organization to help us before we are driven out of our homes,” said Mr. Lynch. He said he had found out a similar mystery noise had been reported in many parts of the world. –Irish Examiner