Posted on November 26, 2011 by The Extinction Protocol 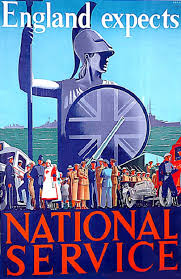 November 26, 2011 – LONDON – As the Italian government struggled to borrow and Spain considered seeking an international bail-out, British ministers privately warned that the break-up of the euro, once almost unthinkable, is now increasingly plausible. Diplomats are preparing to help Britons abroad through a banking collapse and even riots arising from the debt crisis. The Treasury confirmed earlier this month that contingency planning for a collapse is now under way. A senior minister has now revealed the extent of the Government’s concern, saying that Britain is now planning on the basis that a euro collapse is now just a matter of time. “It’s in our interests that they keep playing for time because that gives us more time to prepare,” the minister told the Daily Telegraph. Recent Foreign and Commonwealth Office instructions to embassies and consulates request contingency planning for extreme scenarios including rioting and social unrest. Greece has seen several outbreaks of civil disorder as its government struggles with its huge debts. British officials think similar scenes cannot be ruled out in other nations if the euro collapses. Diplomats have also been told to prepare to help tens of thousands of British citizens in eurozone countries with the consequences of a financial collapse that would leave them unable to access bank accounts or even withdraw cash. Fuelling the fears of financial markets for the euro, reports in Madrid yesterday suggested that the new Popular Party government could seek a bail-out from either the European Union rescue fund or the International Monetary Fund. There are also growing fears for Italy, whose new government was forced to pay record interest rates on new bonds issued yesterday. The yield on new six-month loans was 6.5 per cent, nearly double last month’s rate. And the yield on outstanding two-year loans was 7.8 per cent, well above the level considered unsustainable. Italy’s new government will have to sell more than EURO 30 billion of new bonds by the end of January to refinance its debts. Analysts say there is no guarantee that investors will buy all of those bonds, which could force Italy to default. –Telegraph

In an interview, former Dutch politician Frits Bolkestein predicted the “inevitable” breakdown of the Euro. He says Eurobonds would be a “disastrous” idea, saying…”That means that the Netherlands must pay more interest. I have calculated that thing up to seven billion euros per year. Each year, we already have problems to eighteen billion cut in four years.” And he says he would not “shed a tear” if Italy left. Ultimately he sees the emergency of a “Neuro” comprise of Germany and other Northern European economies. –Business Insider