Posted on November 20, 2011 by The Extinction Protocol 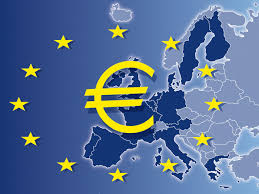 November 20, 2011 – NEW DELHI — India’s rupee, Asia’s worst performing currency this year, could be bound for “uncharted waters,” analysts say, as fears about Eurozone debt and a slowing economy pump demand for the U.S. dollar. The rupee slipped to 51.20 per U.S. dollar Friday — a 32-month low — with no sign that it has bottomed out. “There’s nothing preventing the rupee heading into uncharted waters. We don’t really know where it will stabilize against the dollar,” Abheek Barua, chief economist of India’s HDFC bank, told AFP. The rupee has fallen 15 percent since July on worries over the debt crisis and concern about deceleration in Asia’s third-largest economy, sparked by 13 rate hikes that have failed to curb near double-digit inflation. Former chief Indian government economic advisor Shankar Acharya has warned the economy could grow by under seven percent in the financial year ending March 2012 — down from 8.5 percent last year. “The currency is suffering from global risk aversion which is likely to increase rather than decrease as well as from weakening domestic macroeconomic fundamentals,” Dariusz Kowalczyk, economist at Credit Agricole, told AFP. Money has been flowing out of India into U.S. assets such as treasury bills — seen as safe bets in times of crisis. The falling rupee is bad news for India, aggravating inflation and pushing up the price of imports. India is a net importer of foreign goods, with one-third of the total made up of crude oil imports used to power the energy-hungry nation. Other imports include steel, coal and rubber, driving up costs for manufacturers that will be passed on to consumers. –China Post

Smoke in the Balkans: Belgrade — The Eurozone debt crisis is stoking growing fears of spillover in the small and vulnerable economies of the Balkans, with stricken Italy and Greece close neighbors and major trade partners. A World Bank report this week warned that the debt crisis, with its epicentre in Greece, could see economic links under threat, with trade, direct investment, bank lending and foreign remittances all at risk. Trade with the EU is a key driver for exports and overall economic growth in the region, accounting in some cases for up to half of all activity, it said. For Serbia, Bosnia, Macedonia, Montenegro, Kosovo and Albania, some 58.2 percent of their total exports in 2010 went to the European Union, mainly to Italy and Germany. Concerns are even greater in Croatia which plans to join the EU in 2013. “Almost all foreign banks in these countries are from EU countries, with a comparatively high share of Greek- and Italian-owned banks. Further stress on their respective parent banks could potentially create another credit crunch in the region,” warned World Bank economist Ron Hood. The World Bank projects growth in the region of 2.5 percent in 2011 and 2.1 percent in 2012 — but only if the eurozone crisis is resolved, which appears increasingly open to debate as more and more member states get into trouble. “Should the crisis worsen, economic growth in these countries could be much worse,” Hood said. Serbian Central bank governor Dejan Soskic warned that his country has “already been touched by the crisis.” “As a result, economic activity suffers and projections for next year’s growth are in danger,” Soskic said, with 2012 current forecast at 1.5 percent. –AFP

The real bailout no one’s discussing: Nervous investors around the globe are accelerating their exit from the debt of European governments and banks, increasing the risk of a credit squeeze that could set off a downward spiral. Financial institutions are dumping their vast holdings of European government debt and spurning new bond issues by countries like Spain and Italy. And many have decided not to renew short-term loans to European banks, which are needed to finance day-to-day operations. If this trend continues, it risks creating a vicious cycle of rising borrowing costs, deeper spending cuts and slowing growth, which is hard to get out of, especially as some European banks are having trouble meeting their financing needs. “It’s a pretty terrible spiral,” said Peter R. Fisher, head of fixed income at the asset manager BlackRock and a former senior Treasury official in the George W. Bush administration. The pullback — which is increasing almost daily — is driven by worries that some European countries may not be able to fully repay their bond borrowings, which in turn would damage banks that own large amounts of those bonds. It also increases the already rising pressure on the European Central Bank to take more aggressive action. –New York Times excerpt