Wall Street analysts everywhere are in agreement: ‘the world is ending’

Posted on November 19, 2011 by The Extinction Protocol 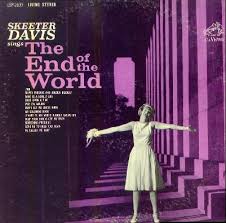 November 19, 2011 – BERLIN – Don’t they know it’s the End of the world? If you like your Wall Street analysis with a heavy dollop of rapture and Armageddon, today was the day for you. Blame the weighty issues of the day (Europe, mostly), and yesterday’s big selloff for the spasm of bearishness. It started off with Nomura’s Bob Janjuah. He said that any talk of the ECB saving Europe was a mere pipedream, and that if the ECB did go whole-hog buying up peripheral debt to suppress yields, then that would prompt a German departure from the Eurozone. Germany appears to be adamant that full political and fiscal integration over the next decade (nothing substantive will happen over the short term, in my view) is the only option, and ECB monetization is no longer possible. I really think it is that clear and simple. And if I am wrong, and the ECB does a U-turn and agrees to unlimited monetization, I will simply wait for the inevitable knee-jerk rally to fade before reloading my short risk positions. Even if Germany and the ECB somehow agree to unlimited monetization I believe it will do nothing to fix the insolvency and lack of growth in the Eurozone. It will just result in a major destruction of the ECB‟s balance sheet which will force an ECB recap. At that point, I think Germany and its northern partners would walk away. Markets always want short, sharp, simple solutions. But then there was Deutsche Bank’s Jim Reid, who is always sober, but not usually wildly negative. He offered up one of the most bearish lines in history in regards to German opposition to ECB debt monetization: If you don’t think Merkel’s tone will change then our investment advice is to dig a hole in the ground and hide. But it got even wilder with the latest from SocGen’s Dylan Grice. Again, he’s always pretty negative, but he cranked it up a notch, comparing Germany’s policy today against the policies that enabled the rise of Hitler. Specifically, he said that post-Weimar, Germany became too aggressive about fighting inflation, thus prompting deflation, thus prompting more unemployment, thus enabling the rise of the Nazis:

George Goncalves writes US and Europe: At the Point of No Return? “…we were wrong in assuming one could be optimistic around the EU policy process and have learned our lesson not to accept apathy as a sign that all is factored in as its clear downside risks remain. In fact, we could be approaching the point of no return for the fate of the euro, the European financial system and more broadly the concept of a singular economic zone for Europe; this obviously would change the path for the US and the global economy in a heartbeat too. We still believe there is time to prevent worst-case scenarios, but these sort of watershed moments reveal one thing, that market practitioners are ill-equipped to navigate the political process, especially one that is driven by 17 different governments.” –Business Insider

Currency Wars in EU commence: Britain will soon be forced to scrap the pound and join the euro, one of Germany’s most senior figures said yesterday. In a chilling threat to UK sovereignty, German finance minister Wolfgang Schauble predicted that all Europe would one day use the single currency. “It will happen perhaps faster than some in the British Isles currently believe,” he said. His sinister warning followed the emergence of a secret German plan to build a powerful new economic government for the eurozone and block an EU referendum in Britain. A leaked German foreign ministry memo detailed plans for a new European Monetary Fund. It also claimed the EU’s treaty could be altered to centralize more power without triggering a vote. In a further sign of growing German supremacy within the EU, David Cameron was yesterday rebuffed by Chancellor Angela Merkel in talks over how to tackle the euro crisis. Last night British opponents of the EU were horrified by the bellicose threat to Britain’s economic independence. Tory MP Peter Bone said: “I would be happy to have a bet with the German finance minister that the euro will disappear before the pound. It is a completely absurd suggestion that will never happen.” –Express

The 2nd Battle of Britain: Sir John Major has warned that a Franco-German plan to introduce a financial transaction tax across Europe was akin to directing a “heat-seeking missile” at the City of London. Hours after David Cameron failed to persuade Angela Merkel to drop the idea of such a “Tobin tax” in the EU, the former prime minister highlighted deep British unease over the issue by accusing Paris and Berlin of fanning the flames of Euro-scepticism. Britain would be able to veto the introduction of the tax in the EU because all taxation matters have to be agreed by all 27 members of the EU. But France and Germany would be able to use what are known as “enhanced co-operation” powers under the Lisbon treaty to introduce the tax in the 17 members of the Eurozone. Britain objects to this because the tax – 0.1% on stock and bond trades and 0.01% on derivatives – could still apply in the City. Merkel made clear in their discussions that she will give no ground on a key British recommendation – that the European Central Bank should act as the “lender of last resort” for the Eurozone. –Guardian  excerpt

37 Responses to Wall Street analysts everywhere are in agreement: ‘the world is ending’