Posted on November 8, 2011 by The Extinction Protocol 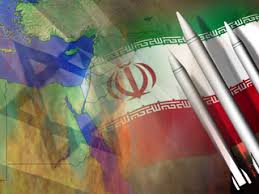 November 8, 2011 – TEHRAN – Iran has threatened to start a ‘street war’ in Tel Aviv – and in the US and Europe – should its nuclear program be attacked. The head of the Iranian Parliament’s National Security and Foreign Policy Commission said on Tuesday that Iran would start a ‘street war’ in Tel Aviv if its nuclear program was attacked. “Israel is not big enough to launch a military strike on Iran, but if it takes such a foolish decision, the Iranian military will fight with the Zionist soldiers in Tel Aviv streets… and will force them out of the Palestinian soil,” Seyed Hossein Naqavi said. Naqavi also warned, should Tehran’s nuclear program be attacked, the battlefield won’t be in Iran, but “the entirety of Europe and the US. Iranian forces will fight with the enemies with maximum might and power all throughout the European and US soil, if Iran comes under attack,” he reiterated. Naqavi also responded to reports Britain might strike Iran’s nuclear sites, saying “a look at the history reveals that the British regime has been using threat, intimidation, terror and colonialism all throughout the last 500 years.” “Now a country with such a long record of crimes and colonialist actions should know very well that the Islamic Republic enjoys a high military capability today,” he added. Naqavi’s remarks have become a part of Tehran’s mantra of threatening counter-strikes as international criticism of its nuclear aspirations continues to mount. A recent indictment of two members of Iran’s foreign covert action Quds force by the United States for allegedly plotting the assassination of the Saudi Arabian ambassador to Washington has served to fuel efforts to isolate the Islamic Republic. Also, the International Atomic Energy Agency has released a report asserting that Iran is not only on the verge of being able to build an atomic bomb, but cited western and Israeli intelligence reports Tehran had actively sought nuclear weapons technology. Tehran’s bellicose rhetoric has reached a new zenith, however, amid reports both Britian and Israel were considering independent strikes on Iran’s nuclear facilities. “Iran does not stand alone in the struggle against Israel,” Naqavi insisted, “Israel will be destroyed by the allies of the Islamic Republic if she so much as tries to attack us.” –Israel National News

New dynamic nukes: Iran sought to miniaturize a Pakistani nuclear weapon design to fit on its ballistic missiles and continued working to raise the potential power of the weapons at least until 2010, United Nations inspectors reported today, citing “credible” intelligence from more than 10 countries. Iran carried out “work on the development of an indigenous design of a nuclear weapon including the testing of components,” the International Atomic Energy Agency said today in a 15-page restricted document obtained by Bloomberg News. “Some activities relevant to the development of a nuclear explosive device continued after 2003” and “some may still be ongoing.” The document, drawing on eight years of collected evidence, shows that Iran worked to redesign and miniaturize a Pakistani nuclear-weapon design by using a web of front companies and foreign experts, according to the report and an international official familiar with the IAEA’s investigation. Such a warhead could be mounted on Iran’s Shahab-3 missile, which has the range to reach Israel, according to the report. “It is time for an unequivocal declaration that we will stop Iran from acquiring nuclear weapons capability — by peaceful means if we possibly can, but with military force if we absolutely must,” said Senator Joe Lieberman, a Connecticut independent. –Bloomberg