Swarm of tremors reported on north side of El Hierro

Posted on October 23, 2011 by The Extinction Protocol 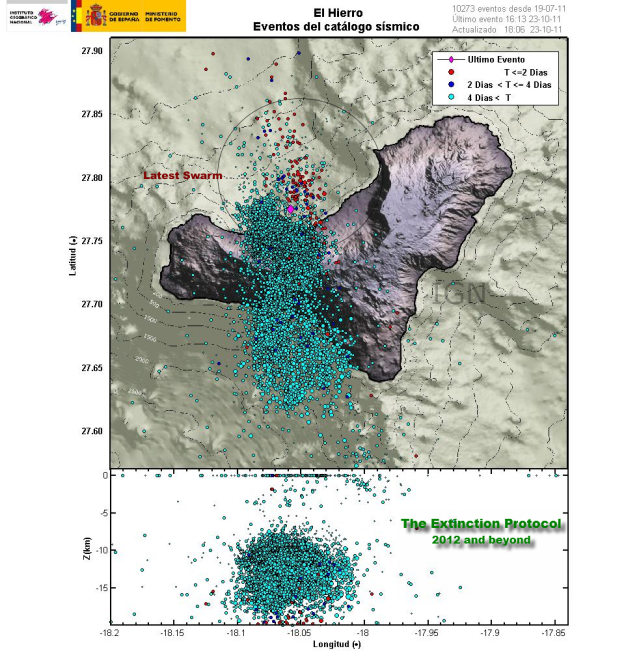 October 23, 2011 – CANARY ISLANDS – A large swarm of more than 41 tremors have been reported taking place today in the ocean on the north side of El Hierro. The tremors are happening off the coast of NW Frontera and are an indication that magmatic pressures have moved across the island. –The Extinction Protocol