Posted on October 14, 2011 by The Extinction Protocol 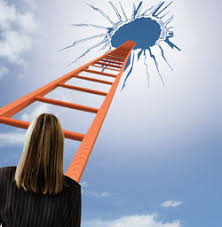 October 14, 2011 – NEW YORK –You want to know the real reason banks aren’t lending and the PIIGS have control of the barnyard in Europe? It’s because risk in the $600 trillion derivatives market isn’t leveling out. To the contrary, it’s growing increasingly concentrated among a select few banks, especially here in the United States. In 2009, five banks held 80% of derivatives in America. Now, just four banks hold a staggering 95.9% of U.S. derivatives, according to a recent report from the Office of the Currency Comptroller. The four banks in question: JPMorgan Chase & Co. (NYSE: JPM), Citigroup Inc. (NYSE: C), Bank of America Corp. (NYSE: BAC) and Goldman Sachs Group Inc. (NYSE: GS). Derivatives played a crucial role in bringing down the global economy, so you would think that the world’s top policymakers would have reined these things in by now – but they haven’t. Instead of attacking the problem, regulators have let it spiral out of control, and the result is a $600 trillion time bomb called the derivatives market. The notional value of the world’s derivatives actually is estimated at more than $600 trillion. Notional value, of course, is the total value of a leveraged position’s assets. This distinction is necessary because when you’re talking about leveraged assets like options and derivatives, a little bit of money can control a disproportionately large position that may be as much as 5, 10, 30, or, in extreme cases, 100 times greater than investments that could be funded only in cash instruments. The world’s gross domestic product (GDP) is only about $65 trillion, or roughly 10.83% of the worldwide value of the global derivatives market, according to The Economist. So there is literally not enough money on the planet to backstop the banks trading these things if they run into trouble. If there is a crash in this market- it will be the death-blow of the global finanancial system as we know it. Compounding the problem is the fact that nobody even knows if the $600 trillion figure is accurate, because specialized derivatives vehicles like the credit default swaps that are now roiling Europe remain largely unregulated and unaccounted for. To be fair, the Bank for International Settlements (BIS) estimated the net notional value of uncollateralized derivatives risks is between $2 trillion and $8 trillion, which is still a staggering amount of money and well beyond the billions being talked about in Europe. Imagine the fallout from a $600 trillion explosion if several banks went down at once. It would eclipse the collapse of Lehman Brothers in no uncertain terms. A governmental default would panic already anxious investors, causing a run on several major European banks in an effort to recover their deposits. That would, in turn, cause several banks to literally run out of money and declare bankruptcy. Short-term borrowing costs would skyrocket and liquidity would evaporate. That would cause a ricochet across the Atlantic as the institutions themselves then panic and try to recover their own capital by withdrawing liquidity by any means possible. And that’s why banks are hoarding cash instead of lending it. –Money Morning