Mexico City continues to sink into the earth

Posted on September 25, 2011 by The Extinction Protocol 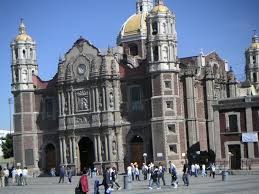 September 25, 2011 – MEXICO CITY — Walk into any of hundreds of homes or buildings in the huge capital, Mexico City, and you feel immediately that something is amiss. The buildings tilt. “If you put a ball on the floor here,” Thierry Olivier said, sitting on the ground floor of his three-story building, “it will roll over there.” By Olivier’s calculation, one corner of his 105-year-old building is 11 inches lower than the other. It lists like a tipsy cantina patron. It’s a common phenomenon here, where many buildings are sinking, as each year Mexico City’s 21 million thirsty residents suck up water from the aquifer beneath one of the world’s largest metropolises. As the water level in the aquifer drops, the ground above it sinks- but not evenly. Layers of soft clay beneath the city vary in thickness and the ground sinks faster where clay dries out, grows brittle and collapses. That means that in some parts of the city, sidewalks buckle, window frames lean, subway lines need expensive repairs and drainage canals no longer flow downhill. Engineers say, however, that inhabitants face not only structural risks but potential health problems as houses and apartment blocks incline. “When a building tilts more than 1 degree, then I think it begins to become very uncomfortable,” said Enrique Santoyo Villa, an engineer who is experienced at propping up and bolstering churches, monuments and other tilting structures. By Santoyo’s standards, when a 100-foot-high building is 1 foot off its vertical axis, it becomes hard to live in. One notices it while lying in bed, he said, or perhaps washing the dishes and seeing tap water flow oddly. “Tables aren’t stable. Liquids don’t look right when they are in big containers. … Window panes can break. Doors don’t close right,” Santoyo said. Ancient Aztecs built the city of Tenochtitlan on an island in the middle of a large lake, making it the capital of their powerful empire. When Hernan Cortés and fellow conquistadors arrived in 1519 and conquered the Aztecs, the Spaniards built Mexico City atop the Aztec ruins and then drained much of the lake to control flooding. Scores of colonial churches and other stone buildings in central Mexico City have survived frequent natural disasters but succumb to the soft clay underfoot, leaning or sinking into the ground. Experts say parts of the metropolitan area have sunk by as much as 27 feet since the late 19th century, an average of 2.5 inches or so a year. Some of the heaviest stone buildings, such as the opulent Palace of Fine Arts, have sunk 13 feet in a century. Its original ground floor is now a basement. –Seattle Times

11 Responses to Mexico City continues to sink into the earth