Posted on September 9, 2011 by The Extinction Protocol 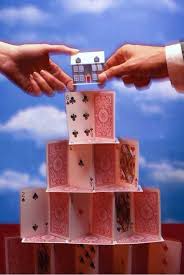 September 9, 2011 – PARIS – Christine Lagarde, the managing director of the International Monetary Fund, warned that the global economy is entering a “dangerous new phase” on Friday, ahead of the G7 summit in Marseilles, France. She warned that both advanced and emerging economies faced key economic challenges, and that governments must “act now” to stop further contagion. “Policymakers should stand ready, as needed, to take more action to support the recovery, including through unconventional measures,” Lagarde said. “The world is collectively suffering from a crisis of confidence, in the face of a deteriorating economic outlook and rising concerns about the health of sovereigns and banks.” She welcomed President Obama’s new $450 billion jobs package, announced Thursday, but added “it remains critical for the United States to clarify its medium term plan.” The British government, including Chancellor of the Exchequer George Osborne, who also spoke, was warned that “risk levels are rising” in the UK and the government needs to have a “heightened readiness to respond.” However, Lagarde conceded that the government’s response “remains appropriate.” When Lagarde called for the recapitalization of European banks at the Jackson Hole summit in the United States in August, a flight away from European banks resulted in the markets. Osborne agreed that the situation is “more complex” than in 2008 but described his government’s plan as a “rock of stability.” “The underlying cause is the same – excessive levels of debt,” he said. –CNBC

Dow takes 300 point plunge: NEW YORK  — U.S. stocks fell sharply on Friday as the European Central Bank confirmed the resignation of Governing Council member Juergen Stark and as Bloomberg News reported Germany was readying a contingency plan to safeguard its banks. Stocks fell to session lows after a Bloomberg report that German officials were readying a plan to recapitalize German banks should their Greek holdings overcome balance sheets. “Some in Europe are finally realizing that the money being funneled to Greece to buy time from the inevitable would be better put to use to recapitalize banks to insulate them from sovereign haircuts,” Peter Boockvar, equity strategist at Milller Tabak, wrote in an email. –Market Watch