Posted on September 3, 2011 by The Extinction Protocol 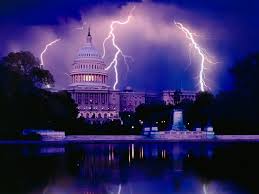 September 3, 2011 – WASHINGTON, DC – Nature is pummeling the United States this year with extremes. Unprecedented triple-digit Fahrenheit (38-plus degree Celsius) heat and devastating drought. Deadly tornadoes leveling towns. Massive rivers overflowing. A billion-dollar blizzard. And now, unusual hurricane-caused flooding in the northeastern state of Vermont. If what’s falling from the sky isn’t enough, the ground shook in places that normally seem stable: Colorado and the entire East Coast. On Friday, a strong quake triggered brief tsunami warnings in Alaska. Arizona and New Mexico have broken records for wildfires. Total weather losses top $35 billion, and that’s not counting Hurricane Irene, according to the National Oceanic Atmospheric Administration. There have been more than 700 U.S. disaster and weather deaths, most from the tornado outbreaks this spring. Last year, the world seemed to go wild with natural disasters in the deadliest year in a generation. But 2010 was bad globally, and the United States mostly was spared. This year, while there have been devastating events elsewhere, such as the earthquake and tsunami in Japan, Australia’s flooding and a drought in Africa, it’s is the United States’ turn to get smacked. “I’m hoping for a break. I’m tired of working this hard. This is ridiculous,” said Jeff Masters, a meteorologist who runs Weather Underground, a meteorology service that tracks strange and extreme weather. “I’m not used to seeing all these extremes all at once in one year.” The U.S. has had a record 10 weather catastrophes costing more than a billion dollars: five separate tornado outbreaks, two different major river floods in the Upper Midwest and the Mississippi River, drought in the Southwest and a blizzard that crippled the Midwest and Northeast, and Irene. 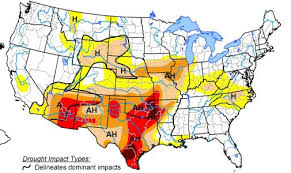 The East Coast got a double-whammy in one week with a magnitude 5.8 earthquake followed by a drenching from Irene. If one place felt more besieged than others, it was tiny Mineral, Virginia, the epicenter of the quake, where Louisa County Fire Lt. Floyd Richard stared at the darkening sky before Irene and said, “What did we do to Mother Nature to come through here like this.” There are still four months to go, including September, the busiest month of the hurricane season. The Gulf Coast expected a soaking this weekend from Tropical Storm Lee and forecasters were watching Hurricane Katia slogging west in the Atlantic. The insurance company Munich Re calculated that in the first six months of the year there have been 98 natural disasters in the United States, about double the average of the 1990s. Even before Irene, the Federal Emergency Management Agency was on pace to obliterate the record for declared disasters issued by state, reflecting both the geographic breadth and frequency of America’s problem-plagued year. “If you weren’t in a drought, you were drowning is what it came down to,” Masters said. Add to that, oppressive and unrelenting heat. Tens of thousands of daily weather records have been broken or tied and nearly 1,000 all-time records set, with most of them heat or rain related. “I think this year has really been extraordinary in terms of natural catastrophes,” said Andreas Schrast, head of catastrophic perils for Swiss Re, another big insurer. One of the most noticeable and troubling weather extremes was the record-high nighttime temperatures, said Tom Karl, director of NOAA’s National Climatic Data Center. That shows that the country wasn’t cooling off at all at night, which both the human body and crops need. “These events are abnormal,” Karl said. “But it’s part of an ongoing trend we’ve seen since 1980.” –Taiwan News