Posted on August 21, 2011 by The Extinction Protocol 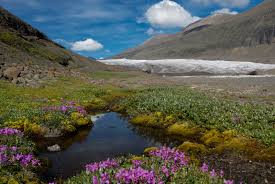 August 21, 2011 – CANADA – Animals and plants are shifting their natural home ranges towards the cooler poles three times faster than scientists previously thought. In the largest study of its kind to date, researchers looked at the effects of temperature on over 2,000 species. They report in the journal Science that species experiencing the greatest warming have moved furthest. The results helped to “cement” the link between climate change and shifts in species’ global ranges, said the team. Scientists have consistently told us that as the climate warms we should expect animals to head polewards in search of cooler temperatures. Animals like the British comma butterfly, for example, has moved 220km northward from central England to southern Scotland in the last two decades. There is also evidence that more species seem to be moving up mountains than down, explained conservation biologist Chris Thomas from the University of York, UK, who led the study. But studies had stopped short of showing that rising temperatures are responsible for these shifts in range, he added. Species at the summit of Mt Kinabalu in Borneo may be doomed if temperatures rise further Analysing the range shifts of more than 2,000 species – ranging from butterflies to birds, algae to mammals – across Europe, North and South America and Malaysia over the last four decades, they show that organisms that experience the greatest change in temperatures move the fastest. The team found that on average organisms are shifting their home ranges at a rate of 17km per decade away from the equator; three times the speed previously thought. –BBC