Posted on August 13, 2011 by The Extinction Protocol 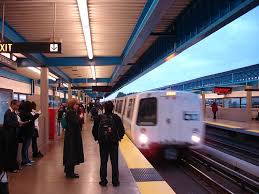 August 13, 2011 – SAN FRANCISCO (AP) — Transit officials blocked cell phone reception in San Francisco train stations for three hours to disrupt planned demonstrations over a police shooting. Officials with the Bay Area Rapid Transit system, better known as BART, said Friday that they turned off electricity to cellular towers in four stations from 4 p.m. to 7 p.m. Thursday. The move was made after BART learned that protesters planned to use mobile devices to coordinate a demonstration on train platforms. The tactic drew comparisons to those used by the former president of Egypt to squelch protests demanding an end to his authoritarian rule. Authorities there cut Internet and cell phone services in the country for days earlier this year. “BART officials are showing themselves to be of a mind with the former president of Egypt, Hosni Mubarak,” the Electronic Frontier Foundation said on its website. The American Civil Liberties Union criticized the tactic, saying on its blog that it was the “wrong response to political protests.” BART officials were confident the cell phone disruptions were legal. They said in a statement that it’s illegal to demonstrate on the platform or aboard the trains, and that it has set aside special areas for demonstrations. The demonstration planned Thursday failed to develop. “We had a commute that was safe and without disruption,” said BART spokesman Jim Allison. The demonstrators were protesting the July 3 shooting of Charles Blair Hill by BART police, who claimed Hill came at them with a knife. Several people were arrested when a July 11 demonstration disrupted service during the rush-hour commute and prompted the closing of BART’s Civic Center station. –Yahoo News