Posted on August 10, 2011 by The Extinction Protocol 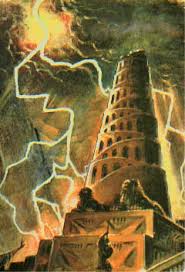 August 10, 2011 – PARIS – Things are not looking good for France. French President Nicolas Sarkozy cut short his vacations to call an emergency meeting with his financial advisors this morning. According to reports, Sarkozy called the meeting in order to keep tabs on France’s attempts at deficit reduction, on the heels of fears that the country could lose its coveted AAA credit rating. He said that new measures aimed at keeping the country on track will be announced August 24. France has tried for years to reduce its budget deficits without success. With the second-largest economy in the EU, France has played a key role in trying to maintain stability throughout the sovereign debt crisis. Its own public debt stands at 81.7%, but with a growth rate of only 0.2% in the third quarter the country could soon be facing problems of its own. The meeting could also be the newest sign that contagion fears are beginning to take root. –Business Insider

S. Korea: A South Korean stock broker jumped to his death from a high-rise office amid worldwide market turmoil. The 48-year-old broker, identified only as “Seo,” sent text messages to colleagues expressing regret over severe losses, just minutes before leaping to his death Wednesday in the city of Daegu, according to Chief investigator Lee Kang-ho. Lee said Seo’s text messages included an apology to his clients. The messages said prices of the stocks owned by his clients nosedived and he felt sorry, a Daegu police spokesman told AFP. No separate suicide note was found. Police said CCTV footage showed the man coming out of an elevator alone on the 18th floor of the building before he was found dead on the ground. South Korean stocks have been especially volatile amid global financial turmoil sparked by fears the U.S. and European economies could be headed for recession. –NBC LA

Dow 500 point plunge: The Dow Jones Industrial Average  DJIA -4.62%   fell –519.83 points, or 4.6%, to 10,719.94. On Tuesday the blue-chip index closed with a 429.92-point gain. On Monday, it lost 634.76 points. The three-session stretch of 400-plus moves in either direction last occurred November 2008. “Fears of a ‘repeat of 2008’ have led many individual investors to sell stocks and other risky assets,” said Kelly. But, the selloff may well be overblown, given the market has already priced in an outcome that is not yet clear. “Over the next few weeks we will get a much clearer idea about whether the economy has the resilience to stay on a growth path,” Kelly said. The Standard & Poor’s 500 Index dropped 51.77 points, or 4.4%, to 1,120.76, with financials slammed the hardest and utilities faring the best of its 10 major industry groups. –Market Watch